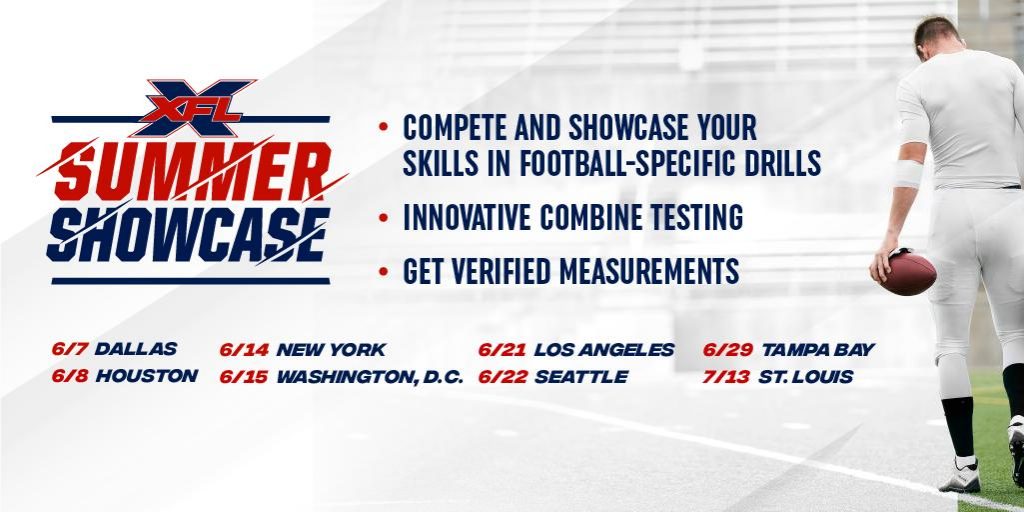 Last week the XFL revealed they would hold “Summer Showcase” tryout camps in XFL cities. We have now confirmed that these tryouts are by invitation only, and there will be approximately one-hundred players invited to each camp, where the coaches and league’s football operations staff will conduct an evaluation.

Potential players have been scouted by the league and are being invited through their agents. The invitation process began on May 13th, and agents are being instructed as to the details of the timing and documentation required.

The players invited are expected to be players who are currently Street Free Agents, players from the 2019 NFL Draft class, etc. Immediately following each showcase, the league will begin considering players to sign to XFL League Contracts.

The XFL will be gathering info on these players for signings and for the draft. The tryout camps will entail:

It is reported that the XFL intends to make the Showcases open to the general public and media. More details will be released soon.

The official dates and locations:

Note: This information posted with contributions by Mike Mitchell.