Dennis takes part in The Spring League, awaits XFL in 2022

On the Generals, Amani is reunited with Hall of Fame linebacker, Super Bowl champion, and family friend Mike Singletary. 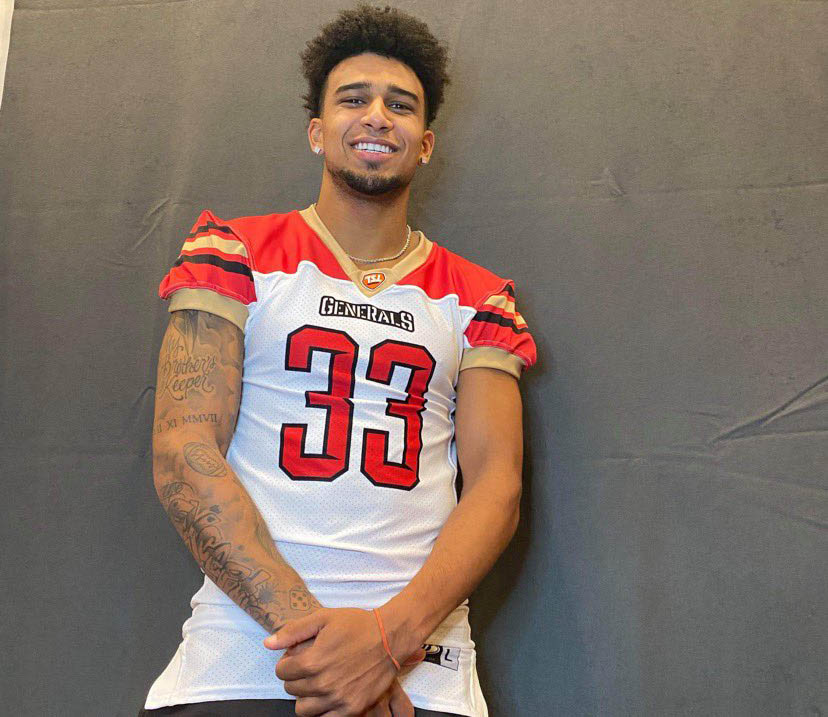 When thinking of towns that produce NFL level talent, Wheeling, Illinois rarely comes to mind. For Amani Dennis, current defensive back for the Generals in The Spring League, Wheeling was the place where it all started.

Amani grew up in the northwest suburbs of Chicago. He played football with the Prospect Heights Falcons as a kid and eventually was a three year varsity starter at Wheeling High School.

In high school, Dennis played football and basketball, but his main focus was his role as the starting quarterback for the Wheeling Wildcats.

Coming out of high school, Dennis committed to Carthage College in Kenosha, Wisconsin. Dennis quickly bonded with Head Coach Dustin Hass and went to play for the Redmen as a defensive back.

Dennis began his career at Carthage as a corner, but eventually ended as a safety during his senior year. After compiling over 100 tackles and 11 interceptions during career, Dennis was invited to a pro day at Whitewater University.

At that pro day, Dennis was scouted by the Green Bay Packers who recommended Dennis to the Cleveland Browns organization.

“It was fun to see D1 and NFL competition. I was there with NFL guys and I fit right in. I ran the times I needed to run and jumped the heights and distances I needed to jump,” said Dennis.

After completing mini camp with the Browns, Dennis was released by Cleveland and returned to what he knew best: Carthage College.

Now out of college, training for a chance at professional football, and looking to make money, Dennis returned to Carthage College as an assistant coach working with the defensive backs. It was then that Amani got his third opportunity to work with his younger brother, Jalen Dennis.

Amani and Jalen played together in high school and in college. Jalen transferred from North Central College to Carthage College in 2018, and hit the field in 2019 as a quarterback  and receiver. Although Jalen did not play during Amani’s senior year, the chance to be together again was special for both players.

“For those who know me and my brother, we are each other’s everything. Being able to play with him in high school was fun, and to be able to have him around in college and teach him the ways was pretty big,” said Dennis.

The year before Jalen transferred, he and Amani were supposed to face off during the North Central vs. Carthage rivalry game. With Jalen at receiver and Amani at corner, it would have been the family matchup of a lifetime, but unfortunately Jalen had a concussion and the Dennis rivalry was limited to the practice field the next season.

In his free time, Dennis coaches for Carthage and for Elk Grove High School. Amani brings the same intensity to coaching that he did to the field, and receives the respect he deserves as a leader whether he is on the field or on the sideline. 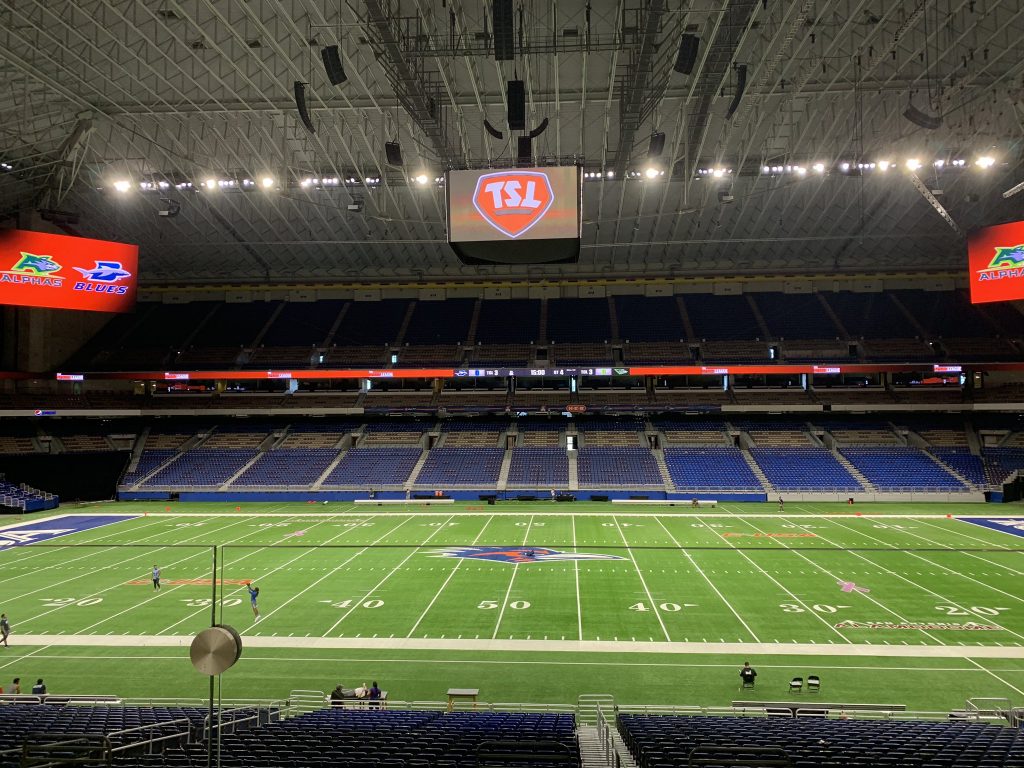 Now, Amani is involved in The Spring League, a developmental league, located in San Antonio and operated by CEO Brian Woods.

Dennis heard about the Spring League from one of his current teammates while training in Highland Park, IL and immediately jumped at the chance.

“I will do anything and everything to move toward the next level, so I applied and I was told I got in. Funny enough, I didn’t know what team I got drafted in until I was tagged in the Instagram post saying I got drafted by the Generals,” said Dennis.

Dennis was drafted by the Generals and immediately went to the Spring League bubble. With the Generals, Dennis is playing corner, slot corner and is involved in special teams as well.

“I am excited and blessed to be able to be here, get some film and find my way up to the next level,” said Dennis.

On the Generals, Amani is reunited with Hall of Fame linebacker, Super Bowl champion, and family friend Mike Singletary.

“Mike is, believe it or not, one of my family friends, and I am blessed to have him in my corner. To be able to be coached by him is a whole different light than seeing him off the field. Seeing him on the field, he is so intense and he will coach you with authority,” said Dennis. “Being able to listen to someone with a gold jacket is unlike any experience I have ever had. Most football players in their lifetime don’t get to be coached by a Hall of Famer.”

Amani tried out for the XFL in 2019 during their showcase in Dallas, but unfortunately was not selected during their draft process. Although he did not play in the league, Dennis still knows the value of the XFL returning in 2022.

“I think the XFL is big time. For any player in my situation, it is big time. This is a business, this isn’t your high school team anymore, you can still be a good player and they might release you,” said Dennis. “With the XFL, it gives guys like us, who got released by an NFL team, to get some tape and show why an NFL team should want them.”

Even though Amani will not be on the field Tuesday, he will still be making an impact. Dennis places a lot of emphasis on buying into whatever program he is a part of, and leading in the process. With the shortened nature of the Spring League, Dennis will only have a small amount of time to make a difference, but from Wheeling, to Kenosha, to San Antonio, he always has and always will.

XFL DC Defenders Hunter Niswander signs with the Dallas Cowboys
Graubard and Kendrick: Two players waiting for a shot in the XFL