The Vipers finally put together a complete game in all three phases, with a little luck included, to net the franchise’s first win, 25-0 over the wilting D.C. Defenders. 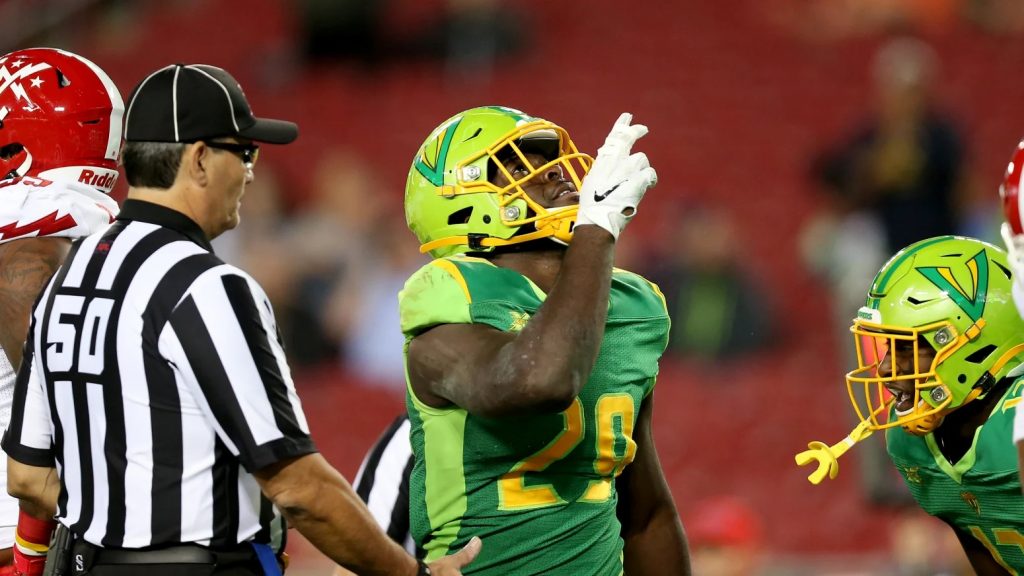 For the first three games of the Tampa Bay Vipers’ existence, it seemed like everything that could go wrong did go wrong. Injuries, untimely defensive breakdowns, red zone inefficiency, critical penalties. Many were self-inflicted, but others seemed like plain bad luck.

That all changed on Sunday. The Vipers finally put together a complete game in all three phases, with a little luck included, to net the franchise’s first win, 25-0 over the wilting D.C. Defenders. “Well, I am just happy for our players and coaches,” said Vipers head coach and general manager Marc Trestman after the game. “They are a resilient bunch…there’s nothing like a winning locker room.”

Much of Tampa’s success offensively came on their ability to sustain drives. Four of their five scoring drives consisted of nine plays or more. Running backs De’Veon Smith and Jacques Patrick both rushed for over 100 yards each, while quarterback Taylor Cornelius looked poised in his third start, completing 77% of his passes and keeping the chains moving. “It was nice to jump on them quick,” said Cornelius. “We’re week-to-week, and we’re 1-0 this week.”

Patrick’s performance was especially inspiring, as his father recently passed away. “Just coming out here and getting a touchdown for him – I know he’s smiling,” said Patrick. Trestman also praised Patrick’s game. “…(H)e is one guy everybody should get to know,” he said. “He’s played through some stuff over the last couple weeks and has stood by his team and I couldn’t be happier for him.”

Tampa’s defense pitched a shutout, forcing D.C. into four three-and-outs, and only one drive of more than five plays. Included in those three-and-outs was the first drive of the game for the Defenders, who couldn’t gain a yard before punting to the Vipers.

“That is not an easy offense to stop,” said Trestman. “We got a good pass rush, we ran, we chased to get to the ball as good as anybody in the league – I think we saw that tonight. We tackled well. There is still work to be done.”

Jacques Patrick scored from eight yards out and following a one-point conversion, the Vipers went up 7-0. Their second drive was just as successful, as Cornelius connected with tight end DeAndre Goolsby on a 13-yard score. The luck showed up on this drive when Patrick picked up a Cornelius fumble and rumbled for 15 yards inside the D.C. five yard-line.

Midway through the second quarter when it seemed as if the Defenders would take a bite into Tampa’s 13-0 lead, kicker Ty Rausa had a 42-yard field goal blocked by Obum Gwachum, Tampa’s first-round pick in the defensive front seven phase of October’s draft, playing his first game since coming off injured reserve. Tampa tacked on its own field goal prior to the half to take a 16-0 lead into the locker room.

Within the crowd of 12,249 at Raymond James Stadium, there was likely a feeling that the other shoe would drop in the second half. That feeling was confirmed when Andrew Franks shanked a 31-yard field goal to end the team’s first offensive drive of the third quarter. Taylor Cornelius then threw an interception on the next drive to keep the Defenders alive.

Instead of folding, however, Tarvarus McFadden picked off Cardale Jones just three plays later. The nimble Cornelius cashed in with a 17-yard touchdown run to capitalize on the turnover. Later in the game, the Vipers found a little more luck when Dan Williams tipped a pass that ended up in the arms of Colin Thompson for a first down. A Franks field goal put the game out of reach at that point.

Tampa Bay looks to build on their first win when they travel cross-country to face the L.A. Wildcats next Sunday night at 9pm EST on ESPN.

Game Notes: Tampa declared QB Chase Litton inactive, along with CB Jalen Collins, G Daronte Bouldin, TE Nick Truesdell, DT Kellen Soulek, and DT Shane Bowman. The Vipers were given a roster exemption for QB Quinton Flowers, who left the team earlier in the week. He rejoined them on Monday…Bouldin was inactive after starting the first three games at right guard. Andrew Tiller started against D.C. after being activated from injured reserve. Bouldin likely was declared inactive because other linemen with more positional flexibility were active…Though he did not start, Gwachum had a sack and two QB hurries on defense, as well as two tackles on special teams in his first game back from injury…Active as the backup quarterback, Aaron Murray did not play.