After losing just their second game of the season against in-state rivals Houston Roughnecks, the Dallas Renegades try to figure out how to respond back. 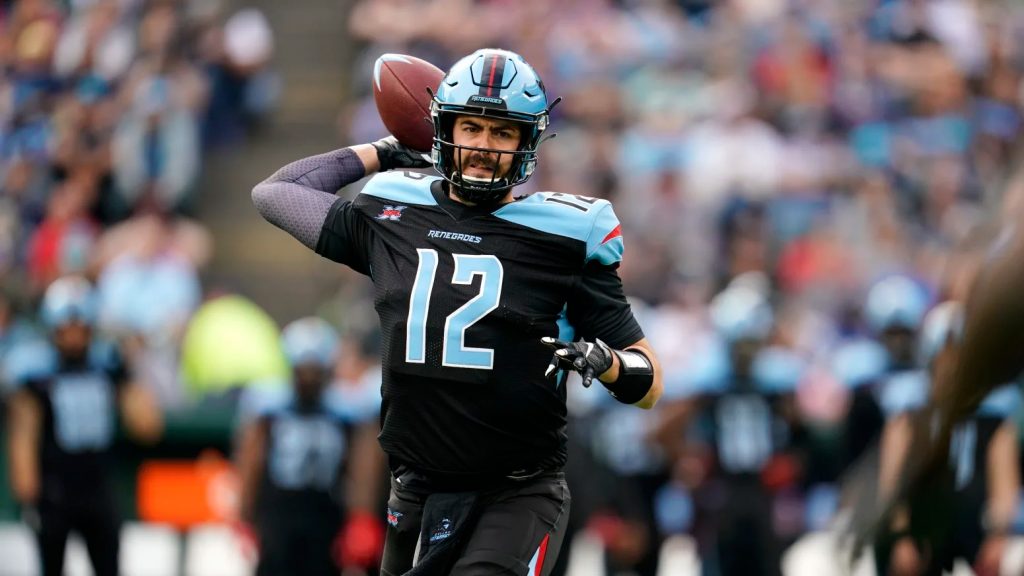 The scene at Globe Life Park was unlike anything XFL fans has seen this season. It was an electric feel where you can sense the rivalry between the Dallas Renegades and the Houston Roughnecks growing. Dallas became the first XFL team to have an increase in attendance from game one to game two. Fans were ready to see the new Texas rivalry born and it did not disappoint.

The contest saw Landry Jones throw three interceptions in each of the first three drives of the game. Somehow though, the Dallas defense held Houston to 6-0 after the first quarter. Jones would bounce back and keep Dallas in the game as they came from a 15-0 second deficit to only being down 15-11 at halftime.

The most impressive part of the game was how the Dallas defense was able to make Houston quarterback PJ Walker look human. They held him to a season low 61 percent completion percentage and picked him off once. Star receiver Cam Phillips also felt the wreath of the Dallas defense as he was held to a season low one catch and nine yards. Defense was never the issue for the team during the game. That defaults to the offense.

Turnovers continue to be the thorn on the Renegades’ back. Five turnovers throughout the game was a combination of bad throws by Landry Jones and drops by Jazz Ferguson and Flynn Nagel. The running game got off to a great start in the first half, but lacked in the second half due to the amount of passing they turned to. On the last drive for Dallas’ offense, the season-altering event occurred for the team.

Landry Jones took an awkward hit on a quarterback sneak in the fourth quarter as he injured his knee. Jones left the game and didn’t return as he was seen hugging coach Bob Stoops on the sidelines and at the end of the game was on crutches. Philip Nelson stepped in and got the team down to the Houston three where Nagel dropped a pass that was picked off by Houston to end the game with a 27-20 loss.

Dallas QB Landry Jones on the sidelines with his knee packed with ice. #XFL pic.twitter.com/lmnWHiDTCS

Where does the team go from there?

Dallas enters week five at 2-2, but still in second place in the West Division. That’s the good news for the team. The bad news is Dallas might be without their starting quarterback most of the season if not the rest of the season. The rumor is he injured his MCL which could mean he’s out for four to six weeks. That means the keys to the offense most likely goes to Philip Nelson for the rest of the season. He looked more efficient on the final drive of the game versus Houston than he did in the first game against St. Louis. Nelson has earned the right to lead the offense and could be the solution to their turnover problems.

Hal Humme also suffered a broken leg in the game and will be forced to call plays from the booth for the foreseeable future. His play calling might change where we see more running by Lance Dunbar and Cameron Artis-Payne. The offensive line has proven to be able to run block effective even with both left guards getting hurt. Pass blocking was great as well protecting the quarterbacks by only allowing one sack in the game.

The team will need more production from their receivers though. Outside of Flynn Negal and Jeff Badet, the receivers have been inconsistent. Tight end Donald Parham has been their best pass catcher all season long as he had made multiple great plays in the passing game. Players like Jazz Ferguson and Freddie Martino will need to step up to make plays for Nelson.

Defense has been the strength of the team as they have been stellar all season. A unit that can contain quarterbacks like Jordan Ta’amu and PJ Walker to their lowest stat lines of the season. Josh Hawkins and Derron Smith have made the secondary one of the best in the league. Linebackers like Greer Martini, Asantay Brown, and Tegray Scales have played a huge role in stopping the run and back in pass coverage. Gerald Rivers came in and made some nice plays as well. Not to mention veteran defensive lineman Frank Alexander was able to create some tipped passes to shutdown Walker on Sunday.

This is a Dallas team that still has plenty of talent on offense and defense. Their success and failure will depend on the performance of Philip Nelson and how well he can protect the ball. If the team continues to grow their running game and be effective with their short pass/screen plays, this is a team that could have no problem making a run for the playoffs.