D.C. to defend home turf again, an early look at the Guardians

The first clash between unbeatens in this XFL’s history. 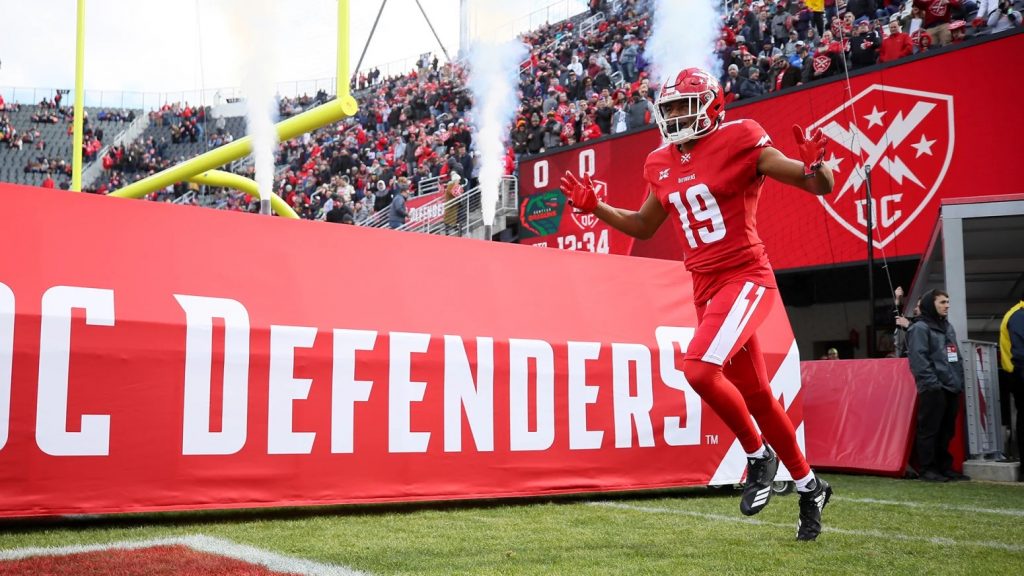 While the Defenders showed up in all three facets to defeat the visiting Seattle Dragons, the New York Guardians tamed the Tampa Bay Vipers, 23-3, in what on the surface looked like a deconstruction of Marc Trestman’s offense.

New York quarterback Matt McGloin, he of 13 NFL appearances with the Oakland Raiders, needed only pedestrian statistics to steer the game against the Snakes. The Guardians caused three fumbles and picked off two Aaron Murray passes, holding the Vipers to a meager three points at MetLife Stadium Sunday afternoon.

In reality, McGloin’s one-yard sneak that broke the seal on the scoreboard a little over five minutes into the game was all that would have been needed. On the ensuing drive, Murray, the Southeastern Conference’s all-time leader in passing yards (13,166) and passing touchdowns (121), threw an interception from the Guardian 6-yard-line, putting to sleep a pristine scoring opportunity.

Leading a drive that lasted all of three plays to ring in the second quarter, McGloin directed his unit 57 yards forward, capping the expedient march with a 12-yard toss to Colby Pearson.

The Vipers’ frustrations continued soon after with a missed field goal, and the Guardians snatched away another Murray pass, allowing another scoring chance before the half concluded. Kicker Matt McCrane, who hit all three field goal attempts for the Pittsburgh Steelers in their 2018 season finale, connected from 49 yards out to give New York a 17-0 lead heading into the break.

Late in the third quarter, the Snakes wasted their best shot at crossing the Guardians’ goal-line, running for negative yardage and throwing two incompletions from five yards out. The Vipers settled for a field goal that did little help to climb out of the double-digit hole.

Much like the Defenders, who put an emphatic finishing touch on their victory with a defensive score, the Guardians scooped a fumble from Viper tight end Nick Truesdell and returned it home, all but ending the game.

Two Viper drives ended on downs in the red zone in the last seven minutes, the Guardians disallowed even a consolation score.

At first glance, the Guardians appear formidable. But statistics may prove that not to be the case.

It wasn’t that Jaime Elizondo’s offense was incapable, not between the 20s, anyway. While New York’s defense was opportunistic, it also allowed Tampa bay to move 394 total yards, the most of any attack in the opening weekend. The Vipers gained 150 of that on the ground, better than all but the St. Louis BattleHawks (191) in their first contest.

The Guardians stiffened in the red zone, allowing no conversions in four tries. If D.C. makes use of splash plays, such as it did Saturday with the trick play that tight end Khari Lee scored on in the third quarter and, later, the 31-yard touchdown pass to Rashad Ross, it won’t have to worry about struggling deep in opposing territory.

New York seemed more perplexed with shifty quarterback and USF product Quinton Flowers, who ran for 34 yards and tossed a 37-yard pass. Cardale Jones, in his own right mobile, picked up 28 yards with his feet and extended plays all afternoon. New York hit the quarterback sacked the quarterback five times Sunday, hitting him another eight. These totals compared only to Houston’s five sacks and 16 hits on Saturday.

D.C.’s Eli Rogers, who after one game sits with the second-most receiving yards in the East, will hope to follow Tampa Bay receiver Daniel Williams’ (9 grabs, 123 yards) lead against Jim Herrmann’s defense. Other than Ross, Jones might be able to find another receiving complement to Rogers.

“In terms of shutting [Tampa Bay] down, we didn’t,” Gilbride said after the Sunday’s game. “In terms of keeping them out of the endzone, we were terrific. You can’t play much better than that.”

Defensively, for the most part, the Guardians head coach may be right.

Gilbride’s rush offense, which with 44 yards produced the lowest output last week, will have to get off—err, on—the ground. The Guardians average drive lasted less than five plays and 23 yards. D.C. proved early, with drives of 13 and 12 plays that each went at least 50 yards, that it could creep down the field. New York was the only team in Week One that had no more than one drive that advanced that far.

On both sides of the ball, the Guardians had trouble on third down. The Vipers offense went 7-of-15 in third down situations, while McGloin and company’s 10% success rate tied Dallas for the worst of the weekend.

Actionnetwork.com projects the Defenders being three-point favorites when betting opens for Saturday’s game, starting at 2 p.m. on ABC.

Brendan is a junior journalism major at Slippery Rock University in Pennsylvania. Along with contributing to XFLBoard.com, he serves as the Assistant Campus Life Editor and has written over 100 stories for his school's award-winning student publication, The Rocket. He has also contributed to the newspaper's sports section for what will be six semesters; covering games, writing game previews and recaps, and features.