Greg Parks takes a look back at the four most important aspects of the league and how they fared. 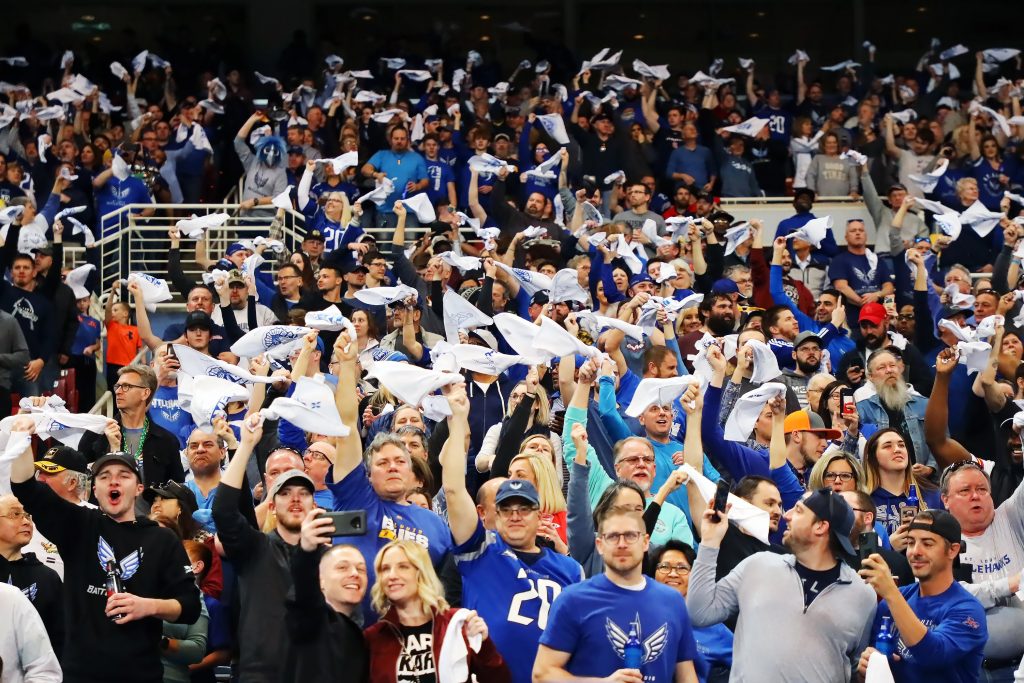 And so it ends – not with a bang, but rather a thud. Seemingly as soon as the XFL season began, it, like all major American sports organizations, was put on ice. While the decision to suspend the XFL season at the midway point was met with consternation from some fans, confirmation that it was the right call came when it was reported that an unidentified Seattle Dragons player had tested positive for COVID-19.

The XFL was unable to finish what was a promising season on many fronts. Ratings and attendance were decent, quality of play was high, and several rule changes and game innovations were lauded by the mainstream sports media. Before we look ahead to season two, we’ll take a look back at the four most important aspects of the league and how they fared.

Without a doubt, this is the most important metric in which to measure the league. The XFL business model will only be sustainable if they can acquire a sizeable monetary deal from a network in exchange for broadcast rights. Their three-year deal with ESPN/ABC and FOX is a prove-it contract. The hope is either network will want to renegotiate before those three years is up and offer the XFL a big-money deal, or that the product will be hot enough to shop it to multiple bidders at the end of the three seasons.

The early weeks heavily skewed these numbers, as the XFL was closer to averaging 1.5 million on ABC and FOX in week five and was under a million for both the FS1 and ESPN games in the same week. The potential was there for the numbers to have drifted lower in the second half of the season, so the ability to walk away from year one with the numbers they did works to the league’s benefit.

From week one to week five, the ABC viewership declined 53%, while the FOX game dropped 55% in that same time span (averaging together the two FOX games in week one). The ESPN contests dropped 66% and the FS1 game from week two to week five (there was no FS1 game in week one) saw a 43% decrease in viewers.

As respectable as the numbers are, they likely won’t start from the same high-point in year two as they did in year one. The XFL needs to hope viewership sustains better in 2021. Just the fact that the league will return for a second season, when so many others haven’t, may be the tonic some football fans need to assure them it’s okay to invest time in the XFL.

In 2001, the XFL averaged 23,410 fans per game in attendance. In 2020, that number was 18,125. I expected closer to the 2001 number, shooting for 20,000 per game. St. Louis and Seattle were the two best home draws for the league and they only had two home games on the docket. Had they ended the season with three home games rather than two, that would’ve affected this year’s average.

There are many reasons why a league that was ridiculed in 2001 would average more in attendance than the more generally-accepted version in 2020. In bigger markets in 2020, the teams are in tougher competition for entertainment dollars. The stench of the 2001 version may not have helped, nor did the tanking of the Alliance of American Football just a season before, further casting doubt on the viability of spring football. WWE used its television to steer fans to the XFL two decades ago; WWE’s audience is just a fraction of what it was then, and this time, the two entities are under separate corporate umbrellas with no crossover.

The AAF in 2019 averaged 15,292 fans per game, but they went into smaller markets than the XFL. The good news for the XFL is that of the four teams that had a third home game before the season ended, two saw their attendance numbers increase from the second game, and one (Houston) even bested their home opener.

I don’t worry about attendance for 2021. This time will give team presidents more opportunity to establish roots in the community, something each one has done a nice job with already. Like the ratings, fans will continue to come out when they sense the league and the teams are here to stay.

Facility changes could help with attendance, or at least the appearance on television. Tampa Bay and New York both play in large, NFL stadiums, which is nice for giving the perception of a major league franchise, but not so good when you only fill 1/7th of the bowl.

Hopefully the XFL looks at smaller venues in those communities during the offseason, as the fan experience would likely improve with those changes as well. Some of the best atmospheres seemed to be in those stadiums where fans were closer together and closer to the field.

The most important influence on ratings and attendance would be the quality of play. It was what the XFL in 2001 lacked amid all the other bells and whistles. From the outset, I noted that quarterback and offensive line play would be the two key positions that would determine, in large part, the on-field product.

Could the linemen keep the QBs upright long enough for them to make plays? Could they open holes in the run game for long gainers? Could the QBs provide enough of a spark so that the offenses could put points on the board in numbers that would create enough interest for fans?

While quarterback play was decent enough, with some standout performers and others who stubbed their toes (leading to coaching staffs eventually finding the right guy), it was the offensive line play that impressed me most. The lines were not sieves that some expected, and sacks were harder to come by than you’d think against lines that didn’t have a lot of time to gel together.

There were a few games where the number of penalties were an issue, but others were played relatively cleanly. Spotty QB play and laundry getting frequently tossed are both qualities we see in NFL regular season games at times, too. The referees didn’t seem to over-enforce, either, and generally let the players play. Whether that was a mandate from the league office, Dean Blandino, or just the officiating style of the men and women in the zebra shirts, it was refreshing.

The XFL spent over a year finding, refining, and putting into action the rule changes they wanted to enact for the 2020 kickoff. Some ideas were scrapped, others were tweaked, and still other changes need to be made for 2021 (I’m looking at you, penalties enforced on the kickoffs).

The league wanted the game to still resemble football, but to alter it to encourage the safety of its players and a more exciting game. I think they succeeded on both fronts. Starting with the kickoff, perhaps the league’s biggest triumph, one that has some sportswriters crowing that the NFL should steal it and implement it this year.

The 25-second play clock to speed up the game was met with few hiccups. The ball-spotter was a nice addition to the on-field crew. Pulling back the curtain on the replay official didn’t always provide riveting television, but it’s certainly more entertaining than staring at an official looking under a hood for five minutes. Speaking of which, replay officials were quick on their calls, too.

Most of the innovations were positive at best, benign at worst. The two issues were with the clock rules under 2:00 in each half, and the double-forward pass. As for the latter, teams simply didn’t employ it enough, a concern I had in one of my earlier columns. The XFL didn’t want “gimmicks,” yet that’s what this was. It has the potential for excitement but wasn’t in the game plan for most coaches.

The last 2:00 of each half slowed to a crawl because of the league’s Comeback Period rules, made to feel even longer when the rest of the half flies by because of the running clock. The game often had to be stopped so the referee could reset the game clock or the play clock or remind the clock operators not to start the game clock until the play clock reached 25 seconds.

I don’t mind the rules on paper, but in practice it was a little sloppy. One could argue these rules contributed to the mess at the end of the Seattle vs. Houston game, in which the time expired despite :03 remaining with time for one last play. I don’t think the timing rules necessarily need to be scrapped, as the more coaches, players, officials, and clock operators get used to the system, the smoother it should run.

It’s a shame the XFL didn’t get a chance to finish its season. Ratings hopefully would’ve stabilized; attendance would’ve continued to increase to bump the average up, including St. Louis potentially hitting the 40,000 mark; the league would’ve continued to provide exciting moments with the on-field product and the innovations it established. Not everything was perfect, but the XFL built a great foundation in which to work for 2021. So let’s not say goodbye to the XFL…let’s just say, see you later.

Episode 30 – 2020 XFL Regular Season Canceled – Mike Mitchell
New York Guardians XFL 2020 Season Recap: A look back at the Guardians season and what might have been