COLUMN: The cold, hard truth about the hurdles facing XFL 3.0

Best of intentions won’t will this league to succeed. It’s going to have to overcome a lot of hurdles and roadblocks to become the elusive spring football league that can last. 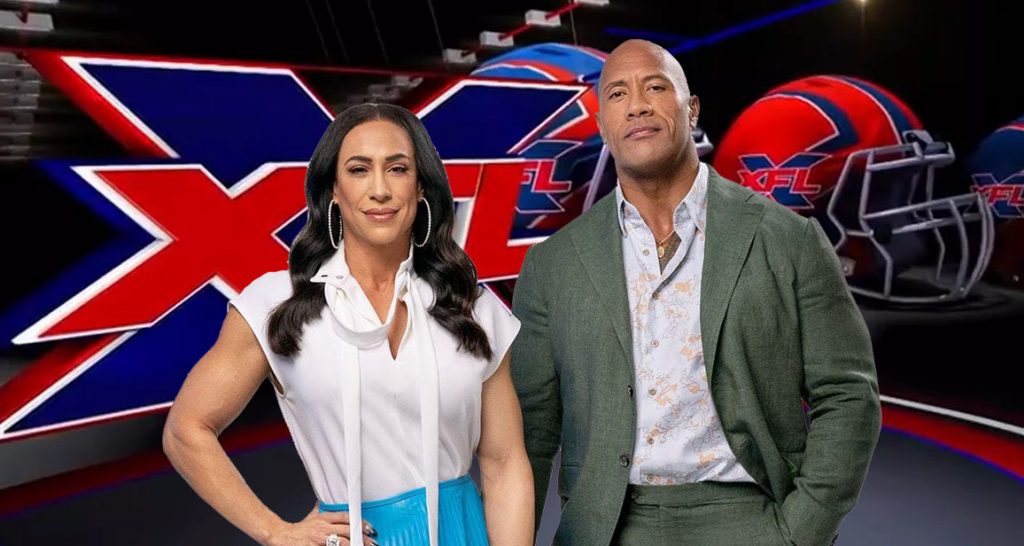 Dany Garcia and Dwayne “The Rock” Johnson, new owners of the XFL

If you’re someone who can’t handle reading anything negative about the XFL, I suggest you stop right here. If you’re a fan who has been traumatized by previous incarnations of the league ending too soon, and can’t bear to read anything but happy thoughts about the latest, go ahead and click that “X” in the top right corner of the screen.

Because folks, the reality of the situation is harsh: This version of the XFL is going to have a tougher time surviving and thriving than either of the previous iterations of the league.

When Dwayne Johnson, Dany Garcia, and RedBird Capital swooped in to save the day, XFL fans rejoiced. This was a dream team that could not only rescue the league but take it to heights never previously imagined. Johnson’s star power, Garcia’s business connections, and RedBird’s money seemed like a match made in heaven.

Since then, the afterglow of the purchase has worn off. Fans are getting restless waiting for news, any news, of the league’s future. It’s unclear when the league will even kick off again, let alone who will coach or be a part of the management team.

The chances of beginning again in 2021 get slimmer with each passing day. The announcement that the Big Ten Conference would start their football season next month helped clarify the television rights picture, but networks are still waiting on word from the PAC-12 and MAC about if, and when, they’ll play.

The likelihood is each will try to fit some sort of schedule into the fall, freeing up early 2021 for the XFL. However, it also eliminates one of the key reasons folks argued for a quick turnaround from purchase to play in the first place: that being the cancellation of many major conference football seasons would lead to an influx of top college players interested in honing their craft in the XFL.

Without that as a reason, is it worth rushing to get a product onto the field? On the other hand, waiting until 2022 could take the XFL further away from the consciousness of the football fan. That is, unless Garcia can quickly implement shoulder programming related to the league before kickoff, something she has mentioned wanting to do since being part of the team that bought the assets.

Ultimately, it’s up to the networks. If someone is willing to pay the league to play in 2021, I’m sure they’ll find a way to make it work. But that’s highly unlikely. The XFL got primetime on NBC in 2001 because the network bought into the league, easing the financial burden of Vince McMahon and the WWF (now WWE).

This past year, McMahon got Fox and ESPN to cover production costs, but that’s it. It’s difficult to believe amid a pandemic in which many major corporations have seen financial setbacks, that a network is going to pay anything substantial to put the league on TV.

Consider ESPN. In its court filings to have its broadcast agreement separated from other assets claimed in bankruptcy, the Worldwide Leader spoke glowingly of McMahon, noting they wouldn’t have signed on with the league had it not been for McMahon’s track record. Even then, they only covered production costs. If ESPN respected McMahon so much but didn’t make a substantial financial offer, what chance does version 3.0 have to make money off a TV deal? And if they can’t, how long are they willing to take a deal that won’t pay big bucks?

If not through a major TV rights deal, how and when will the XFL make money? A bubble concept for the league in early 2021 won’t do that – no fans in attendance means no ticket sales and no on-site merchandise revenue. Even if you allow for limited seating as some NFL teams are doing, whatever the league makes will be a drop in the bucket.

In waiting until 2022, the XFL owners will have to pay team and league staff for a full year or more without getting any revenue from ticket sales, rights fees, or many of the other profit centers. That won’t come cheap.

How deep are the XFL owners’ pockets?

Which brings us to another point: No one has mentioned publicly how much Garcia, Johnson, and RedBird are willing to spend on this project. Vince McMahon was very up-front about that in 2020, with a three-year timeline to become solvent. He was willing to put up the cash in both 2001 and 2020. Are the others willing to do the same?

The only reporting on the subject came from Dave Meltzer in the Wrestling Observer Newsletter the week Garcia’s team was revealed as being the winning bidders. He divulged that the money willing to be spent on the start-up of XFL 3.0 wouldn’t approach what McMahon was putting forth, and that they were looking for a paying TV deal, likely to help offset the costs.

Running a sports league is an investment in which hundreds of millions of dollars are needed. McMahon knew that. If the new group isn’t going to put up that kind of green, where will they cut costs? Coaching salaries? People don’t tune in to see coaches, but those hired do lend credibility to the league.

Player salaries? That won’t help attract the top non-NFL players, and quality of play is imperative for the success of the league. Salaries for league/team personnel? Or maybe just cutting the number of positions? It won’t be evident to the public but those are the types of behind-the-scenes moves that could cut the legs out from under the league before it begins.

Again, the paying TV deal will be the white whale of the league. It’s conceivable that with the connections in entertainment those in charge have, they can make some deals that McMahon couldn’t. Perhaps they’re wanting to package an XFL reality show, or some other shoulder programming to go along with it and entice the networks. Or maybe they’re thinking outside the box in ways we can’t even imagine.

Overcome negativity towards the XFL

The original XFL didn’t have the baggage of failed spring football leagues, or even the failure that now comes with those three letters: X-F-L. Fairly or not, its connotation to much of the audience right now is a football league that twice couldn’t make it past its first season. In articles written about the bankruptcy of the league, more than one cited sports business folks who believe rebranding the league would be for the best. It doesn’t look like that’s in the cards, but that negative connotation will be something that must be overcome.

The league’s television viewership through five weeks outperformed preseason estimates. But there were warning signs. The week four-to-five viewership drops were concerning. While the ABC number held relatively steady, the Fox game dropped 17% in viewers and FS1 dropped 31%. Week four’s final game was on ESPN2 while week five’s was on ESPN; despite being on the stronger station, week five still saw a dip of 19%.

At that point in the season, the numbers should’ve been steadying, not continuing to drop by double-digits. All of this before the NCAA basketball tournament began, which would’ve taken another chunk out of those numbers.

The XFL needs a wide audience to thrive; where will those fans come from? The current fan base, fervent as it may be, isn’t going to be enough to sustain the league long-term. They will need to grow and attract casual fans too. As much as XFL 2.0 seemed to do a lot right from a marketing standpoint, attendance numbers at a few locations and television ratings had room for growth. Whether or not that growth can be made will be yet another story to watch.

In 2001, the XFL had the juggernaut of the WWF and its huge TV ratings behind it, strong television partners in NBC, UPN, and TNN, the uniqueness of the project, and the deep pockets of Vince McMahon. In 2020, the XFL had the vision of Oliver Luck, universally-lauded gameplay innovations, a high quality of on-field play, strong TV partners in FOX and ESPN, and again the deep pockets of McMahon. And even with those advantages, the XFL stands zero for two. Right now, the XFL appears to have a solid leadership group of Garcia, Johnson, and RedBird. The rest remains to be seen.

Thus far, Dany Garcia and Dwayne Johnson have said all the right things since their purchase of the XFL. And you have to imagine, given their success in various business fields, they didn’t just buy the XFL on a whim: They did their due diligence and knew exactly what they were getting into.

But all the smiles on Instagram, the XFL helmets, and the best of intentions won’t will this league to succeed. It’s going to have to overcome a lot of hurdles and roadblocks to become what we as fans so desperately crave: The elusive spring football league that can last.

XFL Owner Dany Garcia: XFL Zoom Meeting No. 42 Of The Week
XFL owner Dwayne Johnson teases he may put on the pads