COLUMN: In the XFL, NFL pedigrees are no match for youth, production

When the XFL released the names of those eligible for October’s draft, the list was dotted with recognizable names to college and NFL football fans. 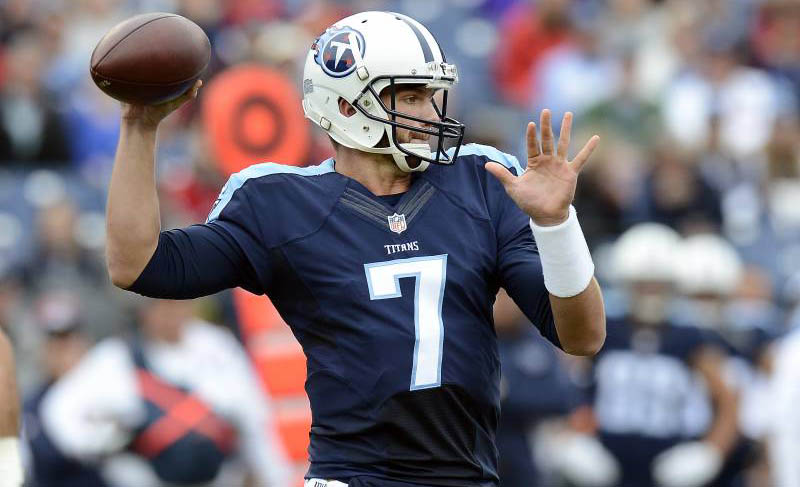 “It kind of blows my mind that the XFL hasn’t reached out to me,” QB Zach Mettenberger recently told Sports Illustrated.

When the XFL released the names of those eligible for October’s draft, the list was dotted with recognizable names to college and NFL football fans. With the league trying to gain a foothold in the hearts and minds of sports fans, observers wondered just how much those big names would play a part in establishing the roots of the league.

Would teams opt for those experienced players over more talented, lesser-known commodities, simply to gain traction in the ever-changing sports news cycle? Would the league prioritize seeking out and acquiring those players to be dispersed among the team’s rosters, or would they be happy with a league slightly higher in quality of play on the field, even without those household names?

At the halfway point of the season, it’s clear XFL teams have eschewed NFL pedigrees in favor of scheme fit, talent, and youth. Just this past week, two high NFL draft picks were released from XFL rosters. CB Jalen Collins, a 2015 2nd round pick of the Atlanta Falcons out of college football powerhouse LSU, was waived by the Tampa Bay Vipers. It’s the second team that has given up on him as he was traded to the Vipers by the L.A. Wildcats during minicamp. Collins had been bumped to third-string corner after the Vipers acquired CB Trey Caldwell from St. Louis.

On the same day as Collins was let go, so too was S Matt Elam by the D.C. Defenders. In 2013, the Baltimore Ravens made Elam the final pick of the first round. While the release of Collins wasn’t a surprise given his position on the depth chart, Elam had just come off a game in which he led the Defenders with 12 tackles and a tackle for loss. Obviously not happy with his team’s defensive showing the last two weeks, D.C. head coach Pep Hamilton chose to make a statement this week.

The quarterback position is the one spot the league felt was so important, they were willing to pay a salary above and beyond any other position. Some quarterbacks were assigned to teams prior to the draft, again, the only position for which that luxury applied. Quarterbacks would play a large role in dictating the quality of play in the league, a major factor in the long-term viability of the XFL.

This is a spot where you’d imagine coaches leaning on those familiar names. But that hasn’t always been the case. While the Defenders built their offense around Cardale Jones and the Dallas Renegades did likewise with Landry Jones (when healthy – he was the first player signed by the league), other teams have found more production with diamonds in the rough.

Despite being assigned Philip Walker as their QB, the Houston Roughnecks selected Connor Cook with the second overall pick of the skill phase of the draft. Many outside observers expected Cook, a former 4th round pick out of Michigan State who started a playoff game with the Oakland Raiders, to beat out Walker. Instead, Walker, with zero NFL regular season games under his belt, has played like an early MVP candidate for the undefeated Roughnecks.

Matt McGloin, another former Raider, has spent time with four NFL teams despite going undrafted out of Big Ten powerhouse Penn State. He earned the starting job for the New York Guardians, but may have lost out on that spot to Luis Perez from tiny Texas A&M-Commerce.

It’s not just in-season moves that have been made that reflect the coaches showing a win-now mentality. Many high-round NFL draft picks were selected to be a part of the XFL draft pool, yet were not one of the 568 players chosen.

Running back Trent Richardson showed he still had some tread left on his tires in the Alliance of American Football last spring, but the former Cleveland Browns 1st round pick was left undrafted by XFL teams. Oakland Raiders speedster Jacoby Ford, a wide receiver out of Clemson drafted in the 4th round, met the same fate.

Robert Meachem had 103 games of NFL experience for the New Orleans Saints after being drafted in the 1st round. In October, no XFL teams came calling. The same goes for LB Arthur Brown (2nd round, Ravens, 2013), LB Khairi Fortt (4th round, Saints, 2014), and K Roberto Aguayo (2nd round, Buccaneers, 2016). Still others with similar backgrounds were a part of the XFL’s Summer Showcases, but not even invited to be a part of the draft.

QB Zach Mettenberger, a 14-game NFL veteran and former Tennessee Titan 6th round pick, is plying his trade in the Spring League this year. His name grabbed some attention when the XFL was recruiting quarterbacks for their draft. But he’s not on a roster. “It kind of blows my mind that the XFL hasn’t reached out to me,” he recently told Sports Illustrated.

The way the XFL and the teams have shown in every step of the player evaluation process, it simply means they believe they have more talented quarterbacks already in place. No knock on Mettenberger, but name value and pro experience has shown to mean little in the XFL. Talent, and what you can bring to the table today, trumps all. And given the high quality of play we’ve seen through four weeks, I’m not going to question that process.