Look for these two great players who have been digging hard to get back to the active Browns roster. 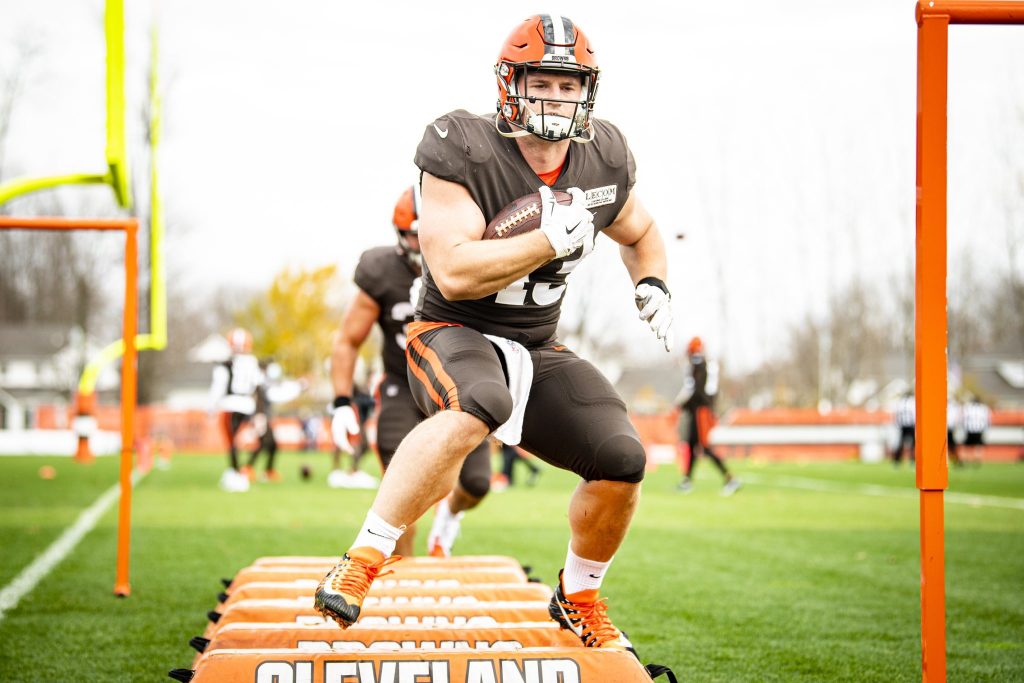 The Cleveland Browns have been stashing XFL players for months with Michael Dunn who played offensive line for the Seattle Dragons and Johnny Stanton a fullback-tight end product from the Los Angeles Wildcats.

The Browns also hold Matt McCrane from the New York Guardians but kept him on the practice squad due to kicker Cody Parkey passing his COVID tests.

Michael Dunn was drafted by the Seattle Dragons in the sixth round of the 2020 XFL Draft.

He spent his college football years as a Terrapin for Maryland. Dunn has been with NFL squads prior to Cleveland with the Los Angeles Rams, Jacksonville Jaguars, and Miami Dolphins. He also has seen some action in the defunct AAF for the Birmingham Iron.

Dunn had good game film as a Dragon, where he can be seen taking on two players at once, and make it look easy.

The University of Las Vegas Rebel has an interesting story. Stanton actually did not play fullback until he signed with the Minnesota Vikings in 2018.

In college, Stanton was a quarterback. He actually was a pretty good quarterback including at Saddleback College before UNLV. At Saddleback he won All-American honors. He etched his name in history when he won 2015 CCCFCA First Team All-American and Offensive Player of the Year by the JC Athletic Bureau. Stanton also eclipsed the 400-yard mark on two separate occasions.

It will be interesting to see how the Los Angeles Wildcats draft pick is used in this Sunday’s game, Stanton has even played a couple of snaps at linebacker and on special teams so he could be seen in a variety of different scenarios.

What to watch for

This week, look for these two great players who have been digging hard to get back to the active Browns roster.

Dunn will make any defenseman have a nightmare of a game against him with his massive 6’5, 295 lb frame. Johnny Stanton is waiting to prove how he can fill a team’s needs in just about any position he is needed.

The Cleveland Browns will take on the struggling Philadelphia Eagles at home this week at 1:00 PM EST live on FOX, this will be a great game to watch for any XFL fan.

Will we see XFL BattleHawk kicker Marquette King back in the NFL?
High Hopes for XFL Viper Reece Horn