Norton’s work was on display for a national audience Monday night when his Chargers defeated their rival Las Vegas Raiders, 28-14. 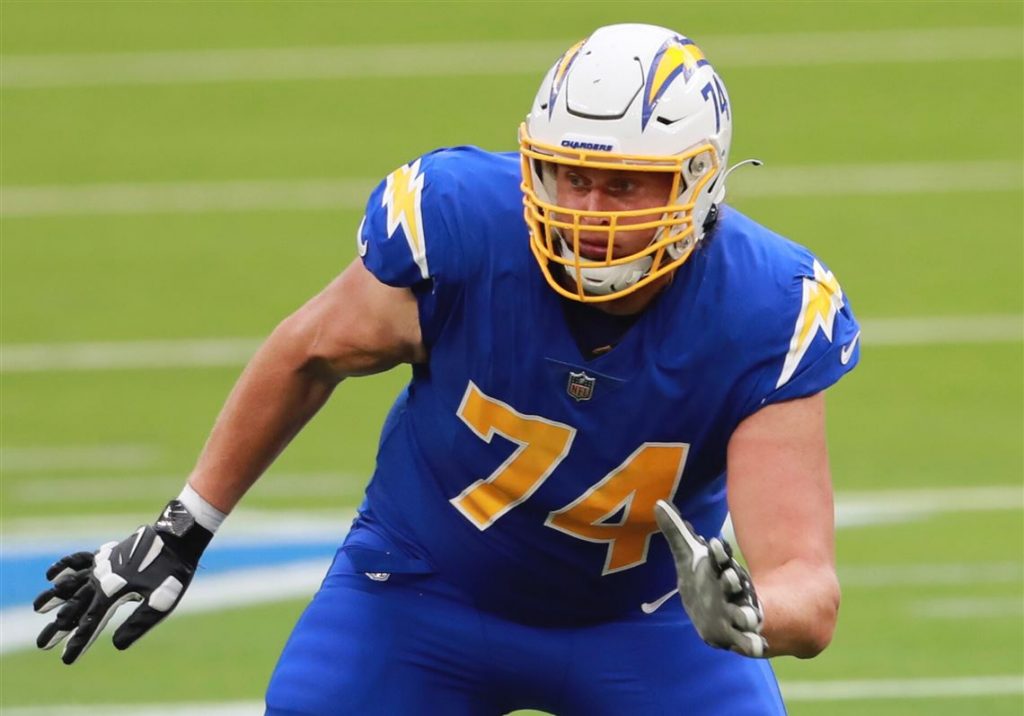 While Taylor Heinicke has gotten all the attention, he’s not the only former XFL player to take on a starting role due to injury in this young NFL season.

When Los Angeles Charger RT Bryan Bulaga was placed on injured reserve with a back ailment following week one, it was former Los Angeles Wildcat Storm Norton who took his place on the offensive line. Norton’s work was on display for a national audience Monday night when his Chargers defeated their rival Las Vegas Raiders, 28-14.

Bulaga is eligible to return from injured reserve this week, but it appears he’ll be out indefinitely. Norton entered his second season in LA as the team’s swing tackle, backing up both the left and right spots on the line.

Against the Raiders, he was frequently matched up with Maxx Crosby, who made PFF’s First-Quarter All-Pro team at edge rusher. Crosby was credited officially with just one assisted tackle and a quarterback hurry on the evening. Despite that, PFF charted Norton with six pressures allowed in 41 pass-blocking snaps. Norton’s only blemish was a holding penalty in the second half that, had he not held, would’ve likely resulted in a sack and perhaps a fumble.

On the first drive of the game, the Chargers methodically worked their way down the field. The 12-play, nearly seven-minute drive ended when QB Justin Herbert found TE Donald Parham, Jr., a fellow XFL 2020 alum, for a four-yard touchdown.

“They want to own the line of scrimmage,” said ESPN analyst (and former XFL Orlando Rage reserve DB) Louis Riddick of the Chargers during that first drive. And own it they did, for all four quarters. Norton helped pave the way for LA’s 168 rushing yards (a healthy 4.9 yards per carry) and Herbert’s 107.6 passer rating on the evening as part of offensive coordinator Joe Lombardi’s balanced attack. Lombardi himself has XFL ties: His first pro coaching job was in 2001 with the New York/New Jersey Hitmen as their tight ends and running backs coach. XFL roots ran deep on MNF this week, including play-by-play man Steve Levy, who was part of the broadcast team for ABC’s XFL games last year.

In the XFL, Norton was a number one draft pick of the Wildcats. For five games, he protected the blindside of QB Josh Johnson, the league’s highest-rated passer. Norton himself was the XFL’s highest-rated offensive tackle, per PFF. His play was enough to get him noticed by the Chargers, who made him the second XFL player to be signed following the suspension of the league.

Given Bulaga’s age and injury history, he’s a candidate to be a cap casualty in the offseason – he’s under contract for 2022 but LA can move on from him with little dead money left behind. If Norton, himself a restricted free agent in 2022, can impress the LA brass for however long this starting gig lasts, it’s possible he finds himself with a healthy raise and a permanent starting role next season.