The New York Jets have activated former XFL kicker Sergio Castillo for their game against the Buffalo Bills on Sunday. 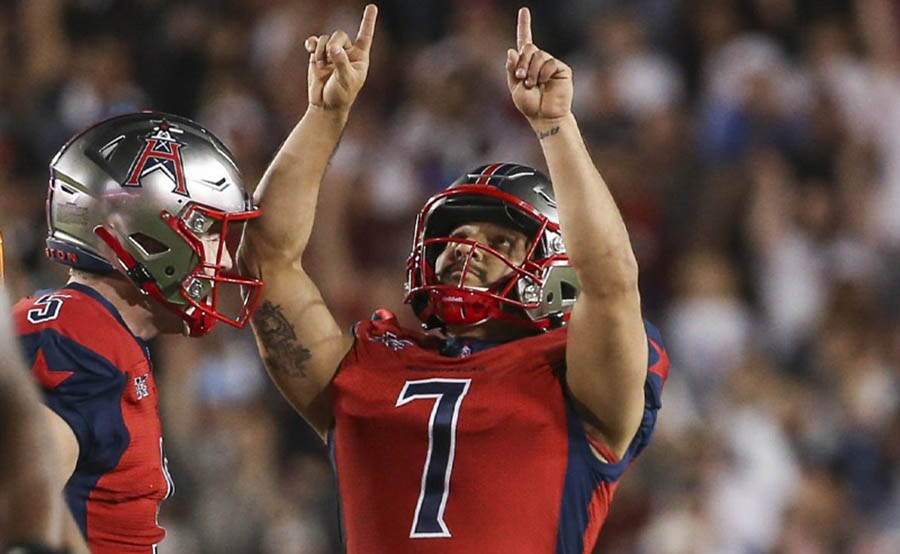 The latest news in the New York Jets camp is that they have activated former XFL kicker Sergio Castillo for their game against the Buffalo Bills on Sunday.

Castillo’s opportunity comes as the Jets regular kicker, Sam Ficken, suffered a groin injury and is sidelined for this week’s game.

Ficken has been solid for the Jets this season, making 9 of 10 field goal attempts through six games, including a career-long 54-yarder. In his 25-game NFL career he has made a more modest 31-of-43 field-goal attempts.

With the cancellation of the 2020 Canadian Football League season, Castillo opted out of a CFL contract to be able to pursue opportunities in the NFL.

Most recently, Castillo played for the 2020 XFL Houston Roughnecks where he suited up for five games, making five field goals, and was a key member of the XFL’s only undefeated squad before league play was suspended.

Castillo, a CFL stalwart, kicked for the British Columbia Lions in the 2019 CFL season and gave one of his best performances, making 41-of-45 field goals and hitting 30-of-33 convert attempts. His success earned a CFL West Division All-Star selection as a kicker.

In 2018, Castillo was one of the first players to sign with the San Antonio Commanders of the newly forming Alliance of American Football. However, he did not play in the league as he was released in January, 2019, just prior to the inaugural AAF season.

Castillo played college ball for the West Texas A&M Buffaloes from 2010 to 2013. In 2014, Castillo was signed as an undrafted free agent by the Atlanta Falcons. He played in the Falcon’s first preseason game, made both of his field goal attempts, and averaged 66 yards on two kickoffs. But, he was unable to climb the depth chart above the incumbent kicker Matt Bryant, and released prior to the regular season.

Afterward, Castillo found himself as a CFL regular where he kicked for the Winnipeg Blue Bombers, Ottawa Redblacks and Hamilton Tiger-Cats.

This weekend, Castillo finds himself going full circle. His hard work and perseverance has earned him another opportunity with the NFL. With kicking woes going around the big league this season, a good showing by Castillo may shine a good light on his future.