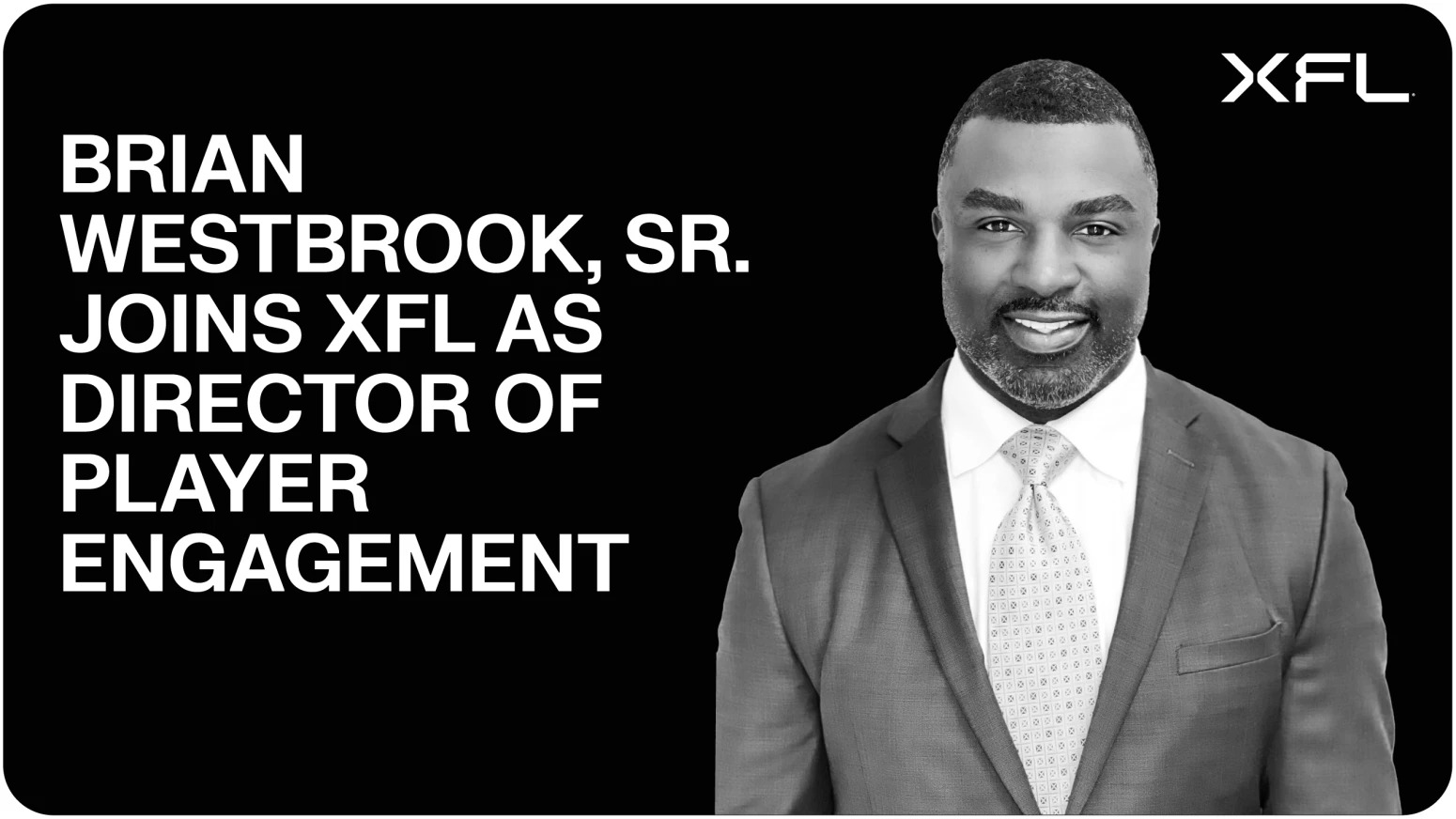 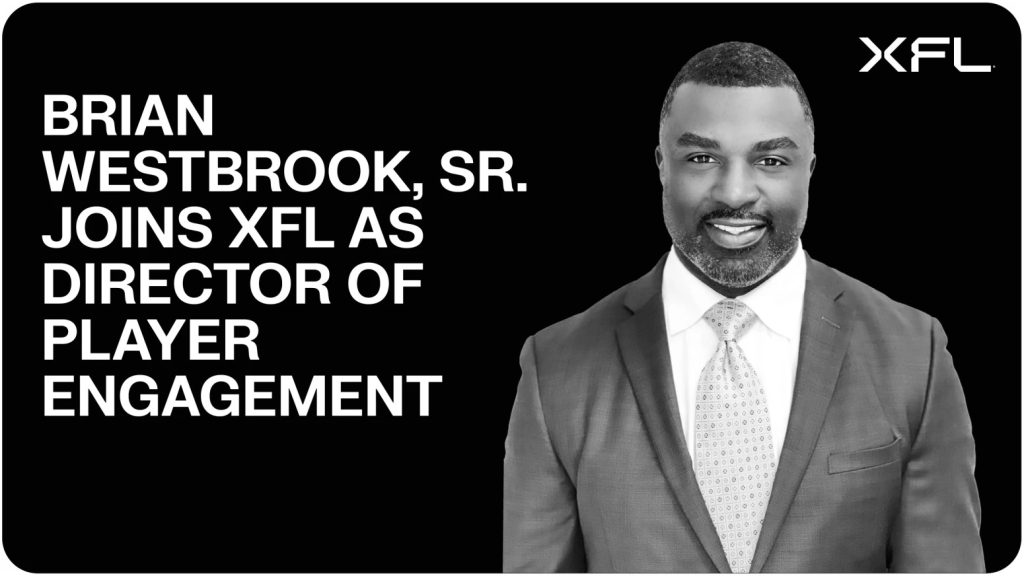 “Brian is an incredibly important hire for the XFL as he will be a key driver behind the League’s commitment to holistic player development,” said Russ Brandon, President. “Following his impressive career in the NFL, Brian has done a phenomenal job building his brand while also committing himself to help other athletes reach their maximum potential on and off the field. We’re excited to have him on our team to create a new, unmatched opportunity for player success.”

In this role, Westbrook, Sr. will be responsible for all aspects of the League’s player engagement program, including developing and leading initiatives to enhance professional development in areas such as media relations, continued education, total wellness, and financial wellbeing. As a liaison between the League and its teams and players, Westbrook, Sr. will help to maintain strategic relationships with athletes and ensuring they are well supported and positioned for success.

“I was the Director of College Scouting for the Philadelphia Eagles when he was drafted in 2002 and he remains one of my favorite players,” added Ross. “We’re thrilled to have him join the team. His experience across the industry leads to a deep understanding of the game and what it takes to succeed both on and off the field. We’re confident that Brian’s expertise will enhance the League as we create a new standard of player empowerment.”

Westbrook, Sr. brings XFL players access to extensive knowledge as an investment professional and entrepreneur as well as first-hand experience as a player, including nine seasons in the NFL (eight seasons with the Philadelphia Eagles and one with the San Francisco 49ers). Following his retirement in 2012, Westbrook, Sr. has built a successful career as an investor and venture capitalist, a broadcast Sports Analyst, and a mentor to athletes looking to excel in their careers off-field.

In addition to his role at the XFL, Westbrook, Sr. is also the Managing Director of the Athlete Entrepreneurship Network (AEN), a subsidiary of underdog venture team, where he helps support the transition of former athletes to business professionals and provides them with business opportunities and access to thought leaders across the sports business sector. Prior to his time at AEN, Westbrook, Sr. was the Chair of SeventySix Capital’s Athlete Venture Group, a venture capital firm focused on investing in game-changing startups in sports betting, esports, and sports tech.

Westbrook, Sr. earned an Executive Business Degree from Wharton and bachelor’s degree from Villanova University, where he played on the Wildcats’ football team for four years. During his collegiate career, he received numerous awards, including the Walter Payton Award, awarded to the nation’s top offensive player in FCS. He also holds 37 school and multiple NCAA records. He has been inducted into The Philadelphia Eagles, Villanova University, Philadelphia Sports, and the Maryland State Athletic Hall of Fames.