Khoury has all the tools. Strength, speed, right mindset, and smarts. Now, all he needs his a chance to be a team’s long-term long snapper. 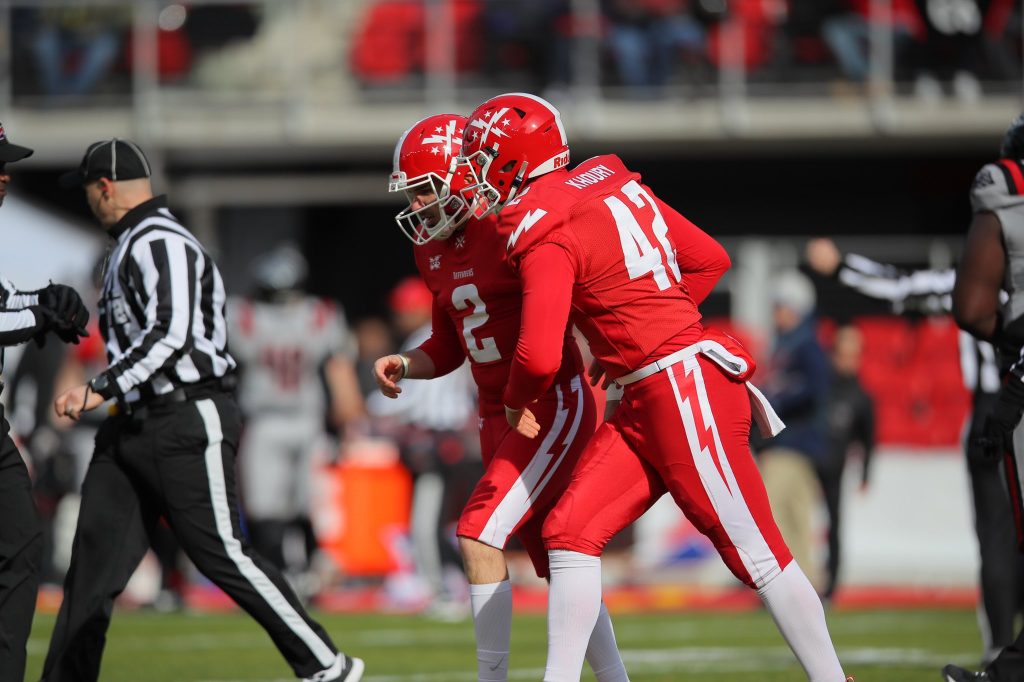 Brian Khoury, the former Division III standout from Carnegie Mellon University, just outside of Downtown Pittsburgh, was the long snapper of the DC Defenders. He easily has one of the most interesting stories to his pro debut, as well as tons of heart.

Etching His Name into Tartan History

As a Tartan, Khoury earned accolades as a two time Cliff Harris award finalist, an award given to the nation’s top defensive player attending a small school. He also set a single-season record for sacks as a junior, racking up 13.5 sacks. At the end of his time with the Tartans he amassed a school-record of 29.5 sacks.

Khoury’s numbers landed him an invite to the National Bowl, which is essentially the Senior Bowl for small school talent.

When asked what was it like to play Division III football, and then go on to play in the XFL, Khoury said, “It was a challenge, but I was fortunate to have great mentors and coaches. They helped me transition from defensive end to long snapper. Learning from their experience helped me transition into the XFL and grow as a player.”

Khoury had been invited to a pro day at Duquesne University in downtown Pittsburgh, where he had the chance to speak with the Pittsburgh Steelers and the Atlanta Falcons. Sadly, nothing came to be, and he went undrafted.

However, a spark was set off for him while attending a CFL tryout, and he realized he had the right attributes to be a long snapper. Khoury then went on to attend some camps and eventually catch looks from professional scouts.

He trained for months perfecting his craft to get the right spin down and trajectory; everything that great professional long snappers have in their book of secrets.

He continued his journey all over the country to various camps, including camps ran by former NFL great John Carney and renowned kicking coach Michael Husted. 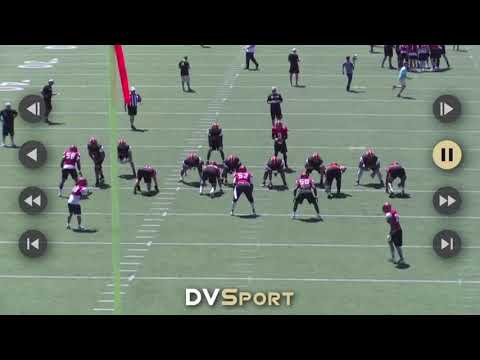 In January 2019, Khoury attended the tryouts for the Indoor Football League San Diego Strike Force. He made the team, and his first pro opportunity was in the making.

“It was awesome,” Khoury said. “Coach Wilson from the Defenders saw me play defensive end and long snapper at The Spring League, a 2-week showcase in Austin, TX.”

It was this meeting that contributed to Khoury being drafted to the DC Defenders.

Couldn’t be more excited 👌👌….. ready to get to work @XFLDefenders https://t.co/bTdlQsbQwG

The DC Defenders selected Khoury in the second round of the open phase of the draft.

Khoury recalls the phone call he received from coach Wilson.

“I was excited to receive the call from him during the draft. Grateful for the opportunity,” Khoury said.

In the draft, Khoury was selected as a defensive end. However, the Defenders were fully aware that he was a two-way player..

Grateful for the opportunity the @XFLDefenders and @xfl2020. No way I get the chance to live my dream without the fans and people working behind the scenes 🙏🙏 pic.twitter.com/QwCyj9WmBb

The DC Defenders had one of the top fan bases in the entire league. From the beer snake at home games to the atmosphere, just everything had the makings of an elite fan base. Plus with their beloved Washington Football Team of the NFL always being lackluster, the Defenders showed them the beauty of great football. Khoury was a huge part of it.

As we know, the XFL ball looked kind of odd and had a grip on it which was meant for quarterbacks. When asked if the tack of the ball affected him on snaps at all, Khoury replied, “It’s a small adjustment, but after a few snaps, you get used to it”.

Khoury snapped the footballs for punter Hunter Niswander, and the kicker Tyler Rausa. Being a tightly knit unit, Khoury included them in his favorite football memory so far, “Beating XFL St Louis to take first place in our conference before the pandemic. Hunter Niswander had a great punt to flip the field in the final minutes. Tyler Rausa had a great FG to seal the game.” Khoury answered.

Sadly, COVID cut his time short with the Defenders.

“I was happy the DC Defenders gave me an opportunity to snap footballs at the professional level,” Khoury said on his time in DC.

If it was not for COVID canceling the season, Khoury easily would’ve had more time to showcase his skills. The long snapping switch did pay off for him coming from a defensive end, and one wonders if that made his transition any easier, or gave him an edge at reading a rusher.

“Definitely. At the professional level, protection is very important. My experience as a pass rusher helped my ability to pick up rushers,” Khoury explained. 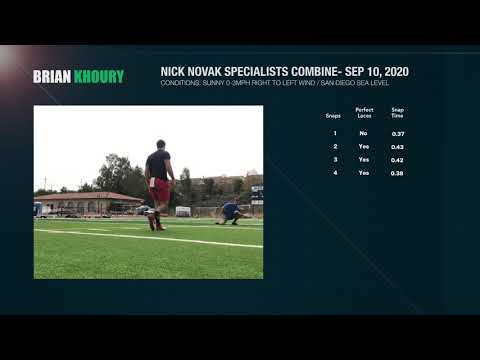 Khoury is always staying ready for his next pro opportunity, he trains just about daily and posts highlights of his practice to YouTube. That includes a Nick Novak camp. Novak, actually a 10 year NFL veteran, finished his time up in the XFL with the Los Angeles Wildcats.

Khoury should be on an NFL team, he sure showcased himself well on the Defenders. The grind of Division III football all the way up to the professional football leagues with the San Diego Strike Force, and indubitably the DC Defenders as well.

He has everything you would want in a great athlete.

Khoury has all the tools. Strength, speed, right mindset, and smarts. Now, all he needs his a chance to be a team’s long-term long snapper.

XFL Announces Return to the Field in 2022
Tyler Palka: From Gannon to XFL Glory