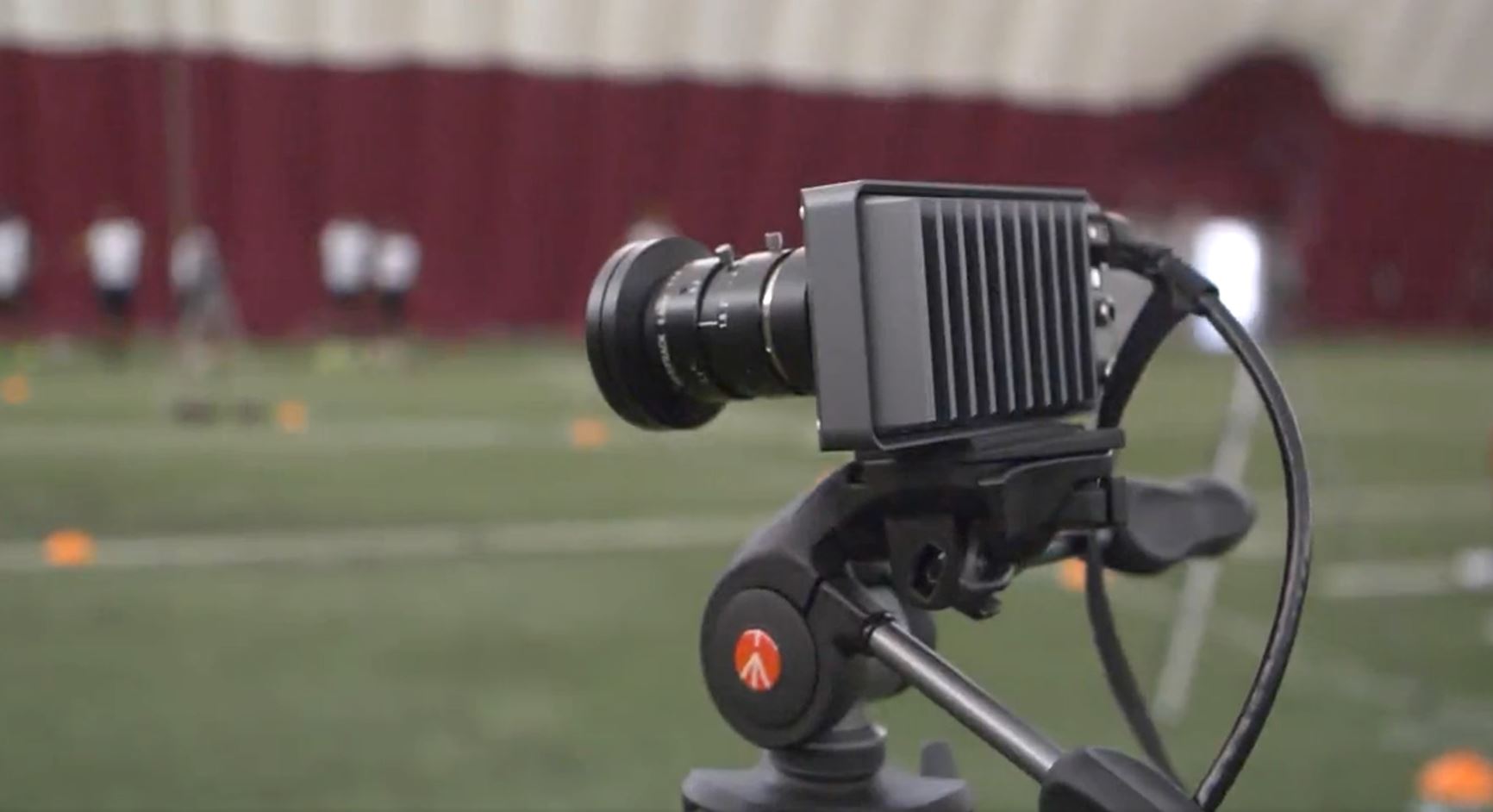 Breakaway Data’s Steve Gera, self-describes himself as a former NFL coach, turned entrepreneur, investor, and “tech dude.” More importantly, he describes himself as someone who always thought the data that was being recorded at football combines wasn’t actually the type of data that could speak to coaches.

“Often times the technology and data that’s being used with athletes, it doesn’t really speak to coaches, and a lot of times, it really doesn’t even speak to players,” Gera said. “It really only solved needs for sports scientists or sports analytics, guys.”

This is where the Breakaway Data system, combined with its Field Lab technology, seeks to bridge this gap.

Our #XFLShowscases combine testing was only the first @BreakAwayData experience for our athletes and coaches. We are committed to innovation and using technology like @BreakAwayData to make their lives better through better measurement and applied information. pic.twitter.com/XzJSWF4cFf

“It’s a venture that we created around this idea of creating applied athlete data, that really helps with scouting players, coaching players, and with players being able to develop themselves,” Gera explained. “Then giving that data directly to athletes, so that they can carry it with them from level to level, and from team to team, throughout their career.”

Gera is even thinking beyond the scope of a single football combine.

“If you have a high school kid who matriculates and goes to college and plays there for a couple of years, and then he or she goes to the pros, and is able to take all your information with you and develop over time is really what we’re all about,” Gera said.

Truly, keeping your data could be a game-changer for athletes. Being a former coach, Gera understands how a player owning their data can empower them when managing their athletic career.

“Today, the way that athletes typically get their information is a coach sits down and verbally gives it to them. It gets lost, and it’s highly dependent on that conversation right then and there,” Gera explained. “The second thing is that there’s a lot of information that a player might have. They may go work, or they may go to a school like UCLA that’s got a lot of really great systems in place, and this is a really great way to communicate it.”

Through the Breakaway Data system, and their Field Labs technology, the data provided to each player is a comprehensive snapshot of their performance, as opposed to a one-dimensional statistic such as a 40-yard dash time.

“Our cameras pick up how fast players move in that array. How they generate power, how they generate force,” Gera explained. “We also give that information to the XFL, so they can look at players and find some of the players who maybe don’t do so well in a three-cone drill, but man they really show up and they’ve got some really great physical characteristics that show up in the Breakaway Data.”

Surely, XFL coaches must be shocked and impressed with the detailed analytics Breakaway Data is providing.

“I hope that they’re shocked and impressed with the thoughtfulness that’s gone into making this data relevant for them,” Gera responded. “The truth is, there is a term that Chip Kelly uses called TBU, true but useless. There’s a lot of sports data out there that’s true, but useless.”

Gera likes how XFL coaches have begun to use the Breakaway Data analytics.

“So far, the reaction from coaches like Anthony Becht, Terrell Buckley, and Rod Woodson, is that the data we’re giving back to them actually tells them how a player generates their power and their athleticism.”

“They can actually use some of our data to help coach players,” Gera said. “They may have a player who’s really great at getting off the line of scrimmage, but maybe they’re just not generating enough force when they actually try and set the edge on a run engagement. What we can do is show where they’re leaking power.”

Gera pointed out that a coach could then be very specific on what the player could do to improve their performance.

As for players sharing their Breakaway Data on social media, Steve Gera is very excited for these players and has reached out to many.

“I respond to a lot of them because I’m excited about how excited they are,” Gera said.

Gera also pointed out how players have responded how they now know exactly what they need to work on to improve.

“I love the fact these players are putting it out there because it should be about starting a conversation about, ‘Hey, this is how I performed. Now let’s talk about what are the ways that I can either enhance my performance, refine it, optimize it.’… That’s what starts that conversation. So, it’s really exciting,” Gera said.

As for the XFL, we are used to seeing the league attempting to use cutting edge technology. But really, just how cutting edge is the Breakaway Data system?

“It’s cutting edge for football,” Gera said. “The XFL is the first league to really embrace this, using biomechanical driven data to understand how players play the game.”

Another reason why the XFL is known as a player-centric league.

If you’d like to hear more from Steve Gera about the Breakaway Data system, check out the XFL Xtra podcast:
Episode 42 “Breakout and Breakaway” with guests Steve Gera and Kyle Castilleja