A Death In the Football Family 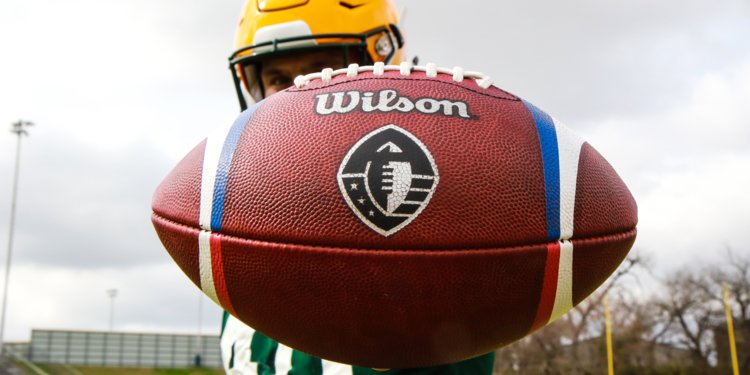 The AAF showed there can be a market for an alternative football league. Will any league be able to make it work or will they all just suffer the same fate.

I am still in a state of disbelief. The AAF is no more. They have suspended operations and cancelled their inaugural season just days after completing week 8, and just weeks before their league playoffs were set to begin and end with a championship. Even as I type this, I am still hoping there will be some type of last second save made. I’m in denial. This is a sad day for all true football fans. One that has become all too familiar to anyone who has followed or supported any non-NFL league in the last four decades. Fans of these types of leagues are die-hard football fans. True fans of the sport who follow and root for all football players, coaches and teams on any level. When an entire league dies, so many dreams, hopes and careers end up dying along with it.  In one fell swoop, thousands of football people lost their jobs.

Long time football fans have seen this story before. It always ends the same way. It’s like watching the end of The Sopranos series. As the late great James Gandolfini is listening to Journey’s ‘Don’t Stop Believing’, he looks up and the screen fades to black. No matter how many times you re-watch the ending. It never changes. Die-hard football fans have never stopped believing in the possibility of a non-NFL league making it in the states, and yet the dream of just that always fades away to nothing.

It’s a sad day for all the fans, players, coaches and team employees that invested so much time and energy to the AAF. For many of them, this felt like the real thing. Like the AAF was going to finally be the one league that made it.

With the writing on the wall, the legendary Steve Spurrier held court with the Orlando media and answered questions. As I listened, my eyes were transfixed on the young man standing next to him. He appeared to be an assistant. He was wearing an Apollos hat and shirt. Not sure the identity of this young man, but there he was waiting on the “Old Ball Coach” to wrap up his interview, so that he can assist him. Waiting to do a job that wouldn’t be waiting for him tomorrow.

The death of the AAF reminds all future leagues of the fate that may eventually be waiting for them. These leagues have the odds and history heavily against them. Over the last several months on this site, I have chronicled the life and death of several upstart football leagues. From the World Football League to the USFL, the original XFL, NFL Europe, the United Football League and several others. The graveyards are filled with the corpses of now defunct football leagues, who dreamed big and failed in spectacular fashion. Almost all of their deaths related to mismanagement and a lack of funds. Too much money going in, not enough coming back. Even the almighty NFL lost tens of millions on the World League of American Football and then NFL Europe, before pulling the plug over a decade ago.

There are several leagues that failed to even launch because of financial issues. So many leagues that have long since been forgotten. The ones that did succeed in launching barely resembled a true league. The FXFL tried out a fall feeder league for the NFL. It flopped miserably. They played in small venues with tiny crowds and with only a handful of teams. They wound up playing only two seasons and only 13 games. The FXFL has now become The Spring League, which is basically a four-team, two-game a year showcase set of games. It wasn’t a real league when it was the FXFL, and it’s called one now but that’s only in name. My family, friends and I get together to play a series of games during Thanksgiving weekend. It’s four teams, and we play for a couple of days but we don’t call ourselves “The Fall League.” Ten years and running. If we had a joint twitter account, we’d brag about it…

A league like the United Football League was funded by a billionaire in William Hambrecht. They actually made it to four seasons, kind of… They could never expand beyond five teams and ended up relocating some of them. Costs were too high. They never got their TV rights deal. They flopped at the gate with hundreds of fans sitting in large college and NFL stadiums. By the time, that league ended they were drowning in debt. They couldn’t even afford to feed their employees or equip their players. Employees are still owed money by that league. The UFL even had owners like Speaker of The House Nancy Pelosi’s husband Paul, failing to pay his employees. Reports are now coming out about the AAF skimping on costs and short-changing employees because of a lack of funds. From not covering travel costs to not allowing their doctors, trainers and equipment people to eat.

Should we all have seen this coming with The Alliance of American Football? Some of its supporters and fair-minded critics did see and point out the warning signs. The league rushed into play, with barely a year to form. Like the elimination of the kickoff, the AAF started their drive on the 25-yard line with no real return to get started. The ball was immediately placed on the field. The league rushed to find any markets or venues that would take them on short notice. They had to pass on St. Louis because of a scheduling conflict. As a result of the league rushing, they ended up in several small market cities like Salt Lake, which could barely draw 8,000 fans. The AAF bragged about utilizing fantasy and gambling but had no teams in legalized gambling states. The league’s highly touted App launched just days before kickoff. The fantasy of gambling and the gambling of fantasy were simply not there in their bare-boned app. The AAF had only a month-long training camp before the season started. During this time, several coaches left the league. Brad Childress stepped down as Atlanta’s coach. Michael Vick never assumed his highly promoted duties as offensive coordinator of the Legends. Other coaches like Hugh Freeze, Hal Mumme, Cadillac Williams, Jon Kitna and others all left before the league even launched.

Then the season began. The AAF managed to launch and get itself some decent exposure but it was all done at the last second. Only two major network games on CBS were slotted. A third was added later. NFL Network stepped up, as did TNT to help the league, but the AAF did not have a traditional TV rights package. The networks helped cover some of the costs, but the league itself wasn’t getting a significant amount of money that leagues like the WNBA or MLS normally get. That TV money is used by these leagues to help fund their teams and cover costs. The AAF’s TV deal, despite looking great on paper because of their network names and NFL association, was pretty close to being an infomercial type deal.

Week One produced so much promise and hope for the AAF. Yet, behind the scenes, things unraveled quickly. Despite the league’s critical acclaim and success in week one, their main investor Reggie Fowler decided that the league wasn’t worth any further investment, and bailed. He had already sunk a reported 28 million in the league. Carolina Hurricanes owner and Dallas Billionaire Tom Dundon came in to the make the save, but his financial save comes at a big cost. The league founded by Charlie Ebersol and Bill Polian became Dundon’s league. Ebersol and Polian relinquished all control in order to save the league. Once Tom Dundon got inside the door, he got to see exactly what he was inheriting. The league’s promotion and marketing were minimal and it showed at the gate. With the majority of the league’s teams doing poorly in attendance, specifically in the league’s small markets like Salt Lake, the league ended up only averaging a little over 15,000 fans per game. San Antonio, Orlando and San Diego all did well, but the remaining markets all under-performed. The league had no real profitability in the short term, and in the end, Tom Dundon didn’t see the long game being profitable either, and decided to not bleed any more of his money into the league. I strongly contend that the Dundon’s grandstand on forcing the NFLPA to allow their players to play in the AAF, was just a red herring and an excuse to get out now. The future contract player excuse was just a life preserver used to get off what he deemed as a sinking ship.

Who knows what the future holds? In their final email/address to their employees, the AAF told their soon to be terminated employees, that there will be a small group of employees retained, to help the company seek new investment capital and to restructure the business. There’s a tease of a potential season two if they are able to be successful in those efforts.

So where does this leave the 2020 version of the XFL? With the marketplace presumably left all to themselves. For a time it appeared like there would be a legit and unique spring football competition between the AAF and XFL, two leagues that were born and re-born because of the original XFL. The XFL did release a statement about the suspension of the AAF. They were asked by several media parties for comment. Daniel Kaplan of Sports Business Journal got a response.

XFL Statement on suspension of AAF:
“We have said all along the success or failure of other leagues will have no impact on our ability to deliver high-quality, fast-paced, professional football. The XFL is well-funded, we have time before kick-off to execute our business plan, and we will soon announce a national broadcast and cable TV schedule that makes it easy for fans to find our games consistently every weekend when we launch next February. There is no doubt that avid football fans want more and we’re excited to get going in 2020.”

There’s a key line in there, that can be interpreted as a compliment to the AAF: “There is no doubt that football fans want more and we’re excited to get going in 2020.” The AAF showed there can be a market for an alternative football league. Will any league be able to make it work or will they all just suffer the same fate.