5 Dallas Renegades to Target in Fantasy

Five players to keep an eye on and to target in your XFL fantasy leagues and daily fantasy. 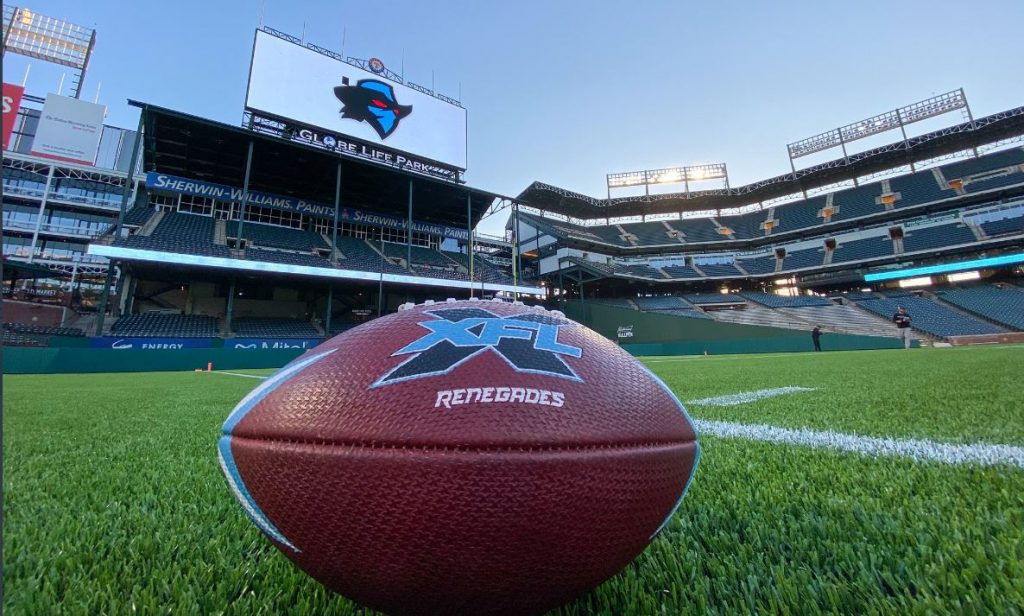 Here are five players to keep an eye on and to target in your XFL fantasy leagues and daily fantasy:

The former Carolina Panthers running back is looking to make a name for himself in the XFL. Artis-Payne played in 32 games for Carolina (2015-18), mainly serving as a backup role, and then was released during last season’s final cuts. Now, he has the opportunity to become one of the top running backs in the XFL.

Artis-Payne offers a ton of fantasy value. He’s expected to be their starting RB and main ball carrier, so he should have plenty of scoring opportunities. When the combination of his 4 years of NFL experience; plus the limited amount of wear and tear on his body with only 118 career NFL carries, he could be very successful in the XFL.

Jeff Badet can FLY. This guy has incredible speed and is one of the most lethal weapons in the entire XFL. Badet is not a household name, but college football fans may remember him from his time catching passes from Heisman Trophy winner Baker Mayfield at the University of Oklahoma.

Badet is an exceptional athlete and he demonstrated that at his 2018 pro day, where he posted a 40-yard dash time of 4.34, 39.5” vertical jump, 10’11” broad jump. He recently spent time with the Minnesota Vikings practice squad, but now he could become a legitimate weapon in the Renegades offense, very similar towards how the San Francisco 49ers utilize breakout rookie WR Deebo Samuel.

Ferguson is one of the most dangerous playmakers in the entire league and has the potential to become one of the top red-zone threats in the league. He has a rare combination of speed & size, standing at 6 foot-5, 230 lbs. At the 2019 NFL Combine he demonstrated his speed, where he ran a 40-yard dash time of 4.45.

After going undrafted, he spent time last preseason with the Seattle Seahawks. This could be such a tremendous opportunity for Ferguson to prove to NFL scouts that he’s a legitimate NFL wide receiver. The Renegades next tallest receiver is 6-2, so there could be a lot of red-zone opportunities coming his way.

It’s quite possible that Donald Parham absolutely dominates the XFL. The 22 year-old tight end is 6’8”, 240 lbs and formerly played collegiate ball at Stetson University. He did not hear his name called during the 2019 NFL Draft. He had a brief stint with the Detroit Lions and Washington Redskins, but now is his opportunity to get every NFL team’s attention.

Parham demonstrated his rare athletic ability during his pro day where he ran a 4.68 40-yard dash, 38-inch vertical jump, and 10’5” broad jump, all three were better than last year’s top-10 pick T.J. Hockenson combine performance. Parham offers a ton of fantasy potential, he has a history of producing big-time statistical numbers in college; where his senior year he recorded 85 receptions, 1,319 yards, 13 touchdowns. This is the perfect opportunity for Parham to shine; there will be a bidding war amongst NFL organizations for his services immediately after this season if so.

The Renegades made the first player signing of the XFL with former Pittsburgh Steelers backup QB Landry Jones. Jones is considered to be one of the most notable players of the league and one of the “faces” of the league.

Jones reunites with his former college head coach, Bob Stoops, where they will look to rekindle the flame they set at Oklahoma. Jones was a four-year starter under Stoops, where he had over 16,000 passing yards with 123 passing touchdowns. Despite being playing eight seasons in the NFL, he’s only thrown 169 career passes. This is Jones’s opportunity to be a face of the franchise. Unfortunately, he had a minor setback and suffered a knee injury during training camp which caused him to sit out  for the past few weeks, putting his playing status in doubt to start week one.

If Landry Jones remained out …

Nelson is no stranger to change or adversity. Phillip Nelson enrolled at 3 Division I universities; Rutgers, Minnesota and East Carolina and spent last year in the defunct AAF – as a member of the San Diego Fleet. He’s uniquely in a very similar position to where he was a year ago in the AAF. He originally was the second-string QB behind former NFL QB Mike Bercovici, but ended up replacing Bercovici after he struggled. Nelson now has the potential opportunity to start Week One for the Renegades as Jones is still recovering from his injury.

Following Jones’s injury, the Renegades recently signed Eric Dungey, Syracuse’s all-time passing leader (9,340 yards). Dungey is a great athlete and offers a lot of dual-threat abilities, where throughout his college career he rushed for 1,993 yards and 35 touchdowns. He spent time earlier this season on the Cleveland Browns’ practice squad after he did not hear his name called during the 2019 NFL Draft. Dungey’s dual-threat ability plus his lack of professional experience set makes him a great developmental prospect.

My name is Pat Traina. I started a website called Off The Gridiron in 2016 to provide football fans with up-to-date news and analysis and also host a weekly podcast. I'm excited for the XFL and for the opportunity at XFLBoard.com to provide fans with all of the latest news going on around the league.