Welcome to our Week 3 XFL “Players of the Week” results. Voting began immediately at the completion of the final game on Sunday. We gathered over 2,600 votes between this time and the closing of polls at Noon Eastern on Tuesday 25 February 2020. We thank all who voted! 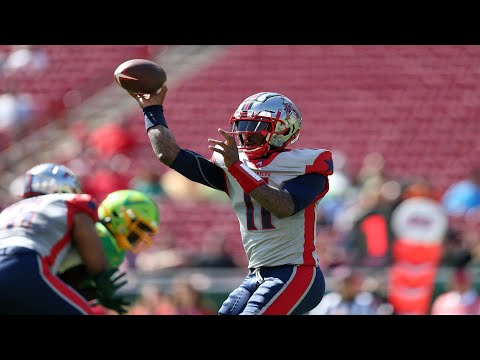 Wide receiver Cam Phillips became the number one receiver in the XFL through 8 catches where he added 194 yards to the Roughnecks offense and three touchdowns. Cam was the number one offensive weapon in a high-scoring XFL week 3.

Tre Williams combined 8 tackles with 1 sack in the Wildcats shutdown of the DC Defenders.

In a kickoff return, Powell made XFL history by taking a reverse from Keith Mumphery and running the ball over 80 yards for a touchdown.