The XFL has confirmed that their official 2020 rules will be announced in the morning of Tuesday 7 Jan 2020, which will be followed by a conference call featuring XFL Commissioner Oliver Luck and XFL Head of Officiating Dean Blandino @ 2pm Eastern.

“America’s favorite game is evolving, and that means less stall and more ball. When the XFL Opening Weekend kicks off on February 8, our new league will feature exciting gameplay innovations that deliver what football fans have told us they want – a faster pace of play and more action. Tuesday’s announcement of the XFL rules follows a rigorous18-month research and development process. First, the league gathered extensive data, ideas and input from a variety of qualified and credible sources, including current and former football coaches, players, officials, broadcasters, medical professionals, and sports industry experts – along with, a nationwide survey of more than 6,000 football fans. Then, over the last year, the XFL tested a wide range of rules and gameplay options under game conditions on the field of play.”

We are expecting that the XFL will confirm many of the rules that have been rumored by it’s staff and coaches over the past few months. However, we look forward to hearing from the league, and are eager to see the exciting new rules that will be made official.

The XFL plans to reduce the play clock to the shortest time of any American football league, being 25 seconds, measured from the end of the previous play. It should be pointed out that the original XFL, and the AAF, used a 35-second play clock, and Arena football used a very similar 32-second clock. NFL and college football use a 40-second clock. The Canadian Football League uses a relatively short 20-second clock, however it begins when the ball is spotted, which usually adds up to 15 seconds between plays. (Oliver Luck stated recently on XFL Chalk Talk that the whole XFL rulebook revolves around a 25 second clock.)

The AAF used a “Sky Judge,” who was an additional official in the booth that had the purpose of reviewing on-field decisions. Oliver Luck has said he thought this was a great innovation to the game and indicated they were considering implementing it in the XFL. (Recently confirmed by Oliver Luck in the Tampa Bay Times.)

The XFL is considering doing away with fair catches, and instead rely on a halo rule to protect the kick returner. Just like in the CFL, and the original XFL, the kicking team will be forced to give the returner five yards of space to recover and return the ball. (Confirmed by multiple XFL players in interviews, articles and videos.)

Multiple Forward Passes behind the line of scrimmage

XFL coaches have mentioned this as a go.

45 yard line penalty on kickoffs out of bounds

Opposing team gets the ball at their own 45 if you don’t kick it to their returner. Guardians head coach Kevin Gilbride recently confirmed this on WFAN radio.

A YouTube video by Marquette King video confirms this rule. King talks about the rules differences in the video. This is going to force more 4th down tries. 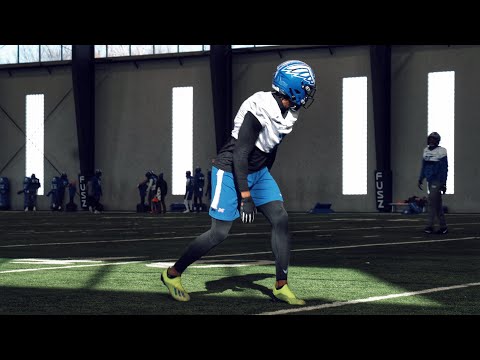 2 comments on “XFL Rules to be announced Tuesday”