In 2018, during his senior year at the University of Wyoming, Nico Evans rushed for a total of 1325 yards over ten games. That works out to an average of 132.5 yards per game. It was a standout season, where he was selected “First Team” in the All-Mountain West Conference.

This was when pro-football scouts began to take notice.

However, despite being highly rated, as the 2019 NFL draft ended, Evans found himself undrafted. But, he didn’t have to wait long for a team to be interested, as he was quickly picked up by the Philadelphia Eagles and invited to their rookie training camp. Then, Evans quickly encountered another setback when the Eagles waived his contract and sent him home.

“It was a weird situation, going into a team that already had eight running backs,” said Nico. “They decided they needed an Offensive Lineman. That’s kind of how the NFL works. It was a numbers thing. So, I was the last one in at running back, so I was the first one out, and an O-Lineman was signed.”

Since then, other NFL teams have shown interest in Nico’s talents, as he has had workouts with the Jaguars and the Packers.

This is a typical example of the “yoyo” game so many young football players go through as they work to get a job playing the game that they love.

Now, the most recent opportunity to present itself to Nico is an invitation to the XFL draft, which will be held in October.

“I am blessed to get that invitation and be part of the XFL draft pool,” Nico said.

If the XFL needs a running back with youth and talent, Nico Evans might be just what they are looking for. Nico describes his style as a one-cut back. “I don’t like to make too many moves, but when I see the hole I hit it as fast as I can.”

Nico has stats to back up his claims. According his website, nicoevansfootball.com he consistently runs the 40 in the 4.4s, and was was chip-timed running greater than 22 mph. Evans pointed out that it was in the “Boise State game” where he hit this mark. 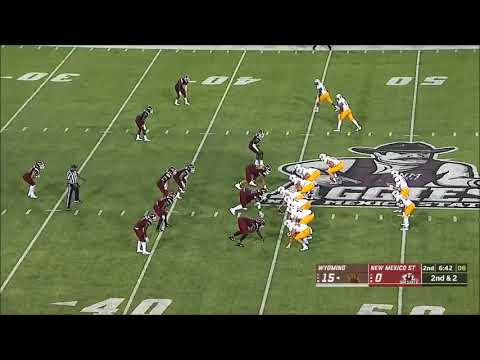 When asked which XFL team he hoped would draft him, Nico said he would be happy with any team that would give him the best opportunity to play. “Los Angeles, Florida, Texas… it doesn’t matter. It doesn’t matter where I play, as long as I get to play this game that I love,” he said.

“My story is not finished,” Nico added. “I am grateful for this XFL opportunity.”

It would be great to see Nico Evans on an XFL roster in February 2020.

Hear more about Nico Evans in our Podcast