If you ask XFL Draft invitee Trovon Reed which XFL team he hopes to play for, he will tell you that it doesn’t matter.

Growing up in Thibodaux, Louisiana, Trovon graduated from Thibodaux High School in 2010. In high school he initially took to the basketball team, but when he stopped growing, he turned to football, eventually chosen as a “High School All American.”

He is still closely attached to Thibodaux. In fact, June 29th is “Trovon Reed Day” in Thibodaux, Louisiana. On this day, Trovon holds a celebrity basketball game where he raises money for single mothers and cancer patients. This gives Trovon a chance to honor his mother, who he lost to cancer when he was 17-years old. 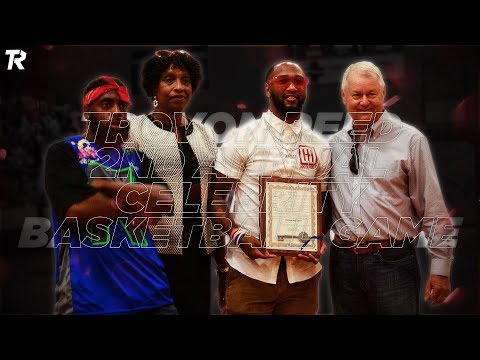 After high school, Trovon attended Auburn University in Alabama. Initially a wide receiver, Trovon switched to cornerback in his senior year. He entered the NFL as an undrafted free agent and went on to a few NFL rosters, including the Seahawks, Rams, Dolphins, Chargers and 49ers.

Trovon still cherishes his college career, as he identifies himself as a, “War Eagle.”

“Without a doubt I’m an Auburn guy. I bleed orange and blue,” Trovon is proud to say.

No way this 6th 195lb Cornerback shouldn’t be on a NFL Roster (Right Now) ! I owe this comeback to myself! #LineMeUpAgainstANYBODY #ImaStandon10 pic.twitter.com/bVZsuaE8nM

When it comes to being a ball hawk, Trovon feels hard work and instincts are the key to success. “I think it’s god given. It’s something you can’t teach. If a coach tries to teach it to you, you’d be robotic,” Trovon explained. “I have a few different techniques I use, but I can’t spill all the beans,” he added.

In 2018 Trovon was signed to a contract with the Birmingham Iron of the Alliance of American football, and he soon discovered that many of his former Auburn teammates were also part of the squad. “It was nice, we had a blast, man. I wish that league was still going.”

Like many players, Trovon laments the loss of the AAF. “We were headed for the playoffs. It was just getting good. Then boom, it ended like that.”

When asked about his recipe for staying in shape, he pointed out that he combines cardio sessions with weightlifting sessions.

Today, Trovon Reed is ready to play his brand of football.

“I just play football. I play within the rules. I listen to my coach, and I just go out there and play my game.”

We hope to see Trovon Reed on an XFL squad this February.


Check out more of Trovon Reed’s interview in our Podcast