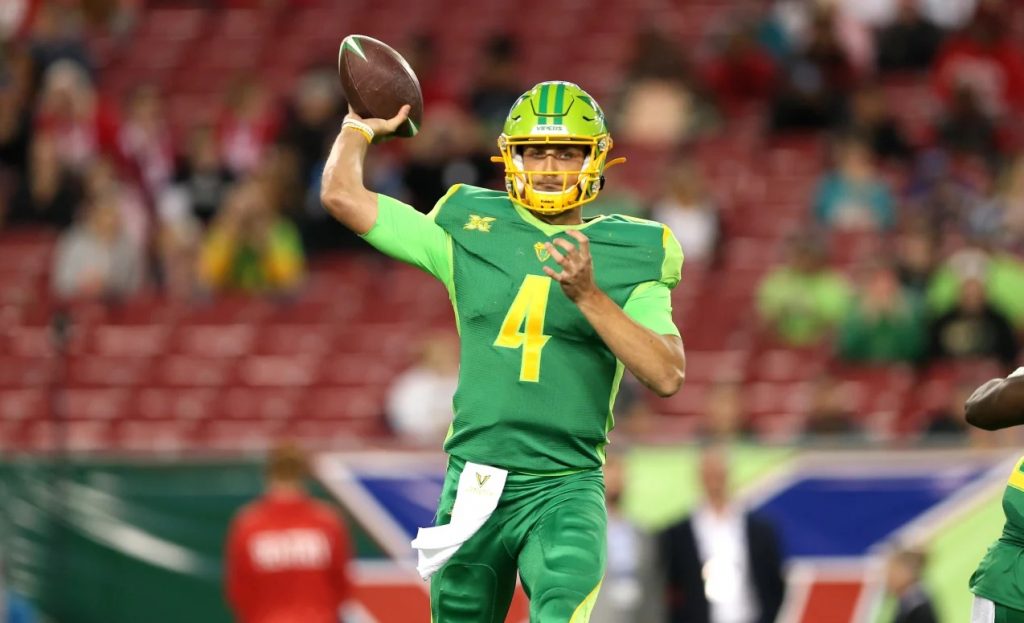 DC came to Tampa 2-1 and seemed to look past a Tampa team intent on righting the ship. The Vipers set the game tempo early with a healthy dose of running backs De’Veon Smith and Jacques Patrick, who both rushed for over 100 yards.

Patrick had 108 yards and 1 touchdown, which he was emotional to score as his father just passed away. He dedicated his first pro touchdown to his father’s memory.

De’Veon Smith ran for 122 yards on 24 attempts and is becoming the lynch pin of the Vipers offense. De’Veon now leads the league in rushing with 296 yards as of week 4.

The Vipers stuck with one quarterback and its payed huge dividends. Taylor Cornelius had a great game and looked ready to keep the starting spot as he went 24 of 31 for 211 yards. He threw one TD and one interception.

In the post-game presser Cornelius gave all the credit to his offensive line for a great game. Also, after the game coach Trestman would not go into who would be his starting QB in the next game as he wanted to allow the team time to celebrate before making any decisions.

The Washington offense could get nothing going as the Vipers defense came ready to play. They held DC to 107 total yards of offense and DC had 50 penalty yards. DC quarterback Cardale Jones went just 9 for 22 for 72 yards with one interception.

The Vipers looked like a team renewed and ready to move forward after a big first win.

Next week, the Vipers travel to LA to play a Wildcat team who is also 1-3 and in a similar position in the western conference.